After a couple weeks of very low variety of moths a few new species for the year appeared last night. 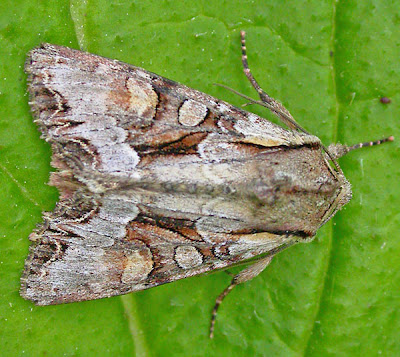 The Light Brocade is a distinctive moth and and one that I missed out on completely last year. In 2006 I caught five, but the average is about two or three a year. The caterpillars feed on various woody plants, including Broom and Bramble. 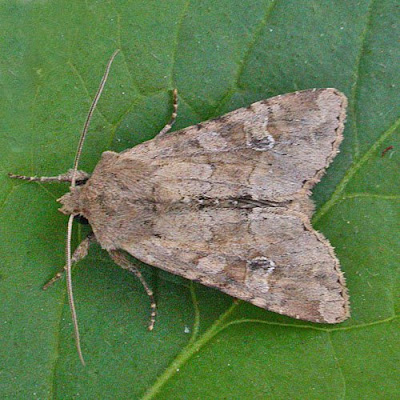 Another moth, with an interesting name, is the Rustic Shoulder-knot. The "shoulder-knot" is a black line at the base of the wing, and on this one it is much reduced, causing me to scratch my head for a while, but everything else seems to fit OK. I catch four or five of these a year, in May and June, and checking previous photographs the intensity of this character is quite variable. 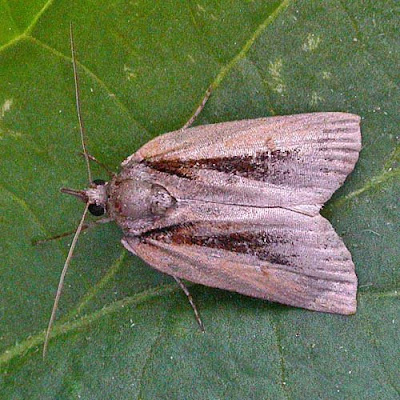 A quite small species, with a wing span of around 22mm, resembling the Tortricidae in general shape and demeanour. It used to be thought to be related to that family. It could be overlooked by those who don't study the 'micros'. It is the first one that I have identified in the garden so I may well have overlooked it before. As it name suggests the larvae feed on Oak, a tree absent for my garden, but there are some not too far away. 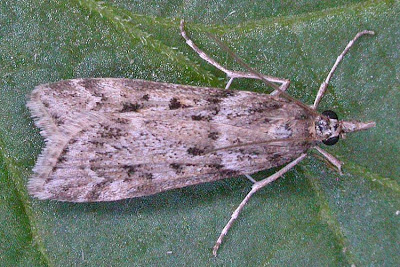 Eudonia angustea
This little moth is one of the micros, from the group known as Pyralids. It had a wing span of about 20mm and is a narrow, arrow like species. Although the book on Pyralids say it flies from July to October it does add "sometimes much earlier in coastal areas".
Posted by Tony Morris at 23:25

Hi Tony, found mothing to be slow going so far this year. only a handful when I have been running my MV trap all night.