For most of the 70+ years I've been bird watching it would have been impossible to see one Cattle Egret in the UK. Yesterday I watched a total of eight between littlebourne and Ickham. One on its todd and seven in the next field. Like several other herons they have spread north in Europe as global warming has changed conditions in their favour. 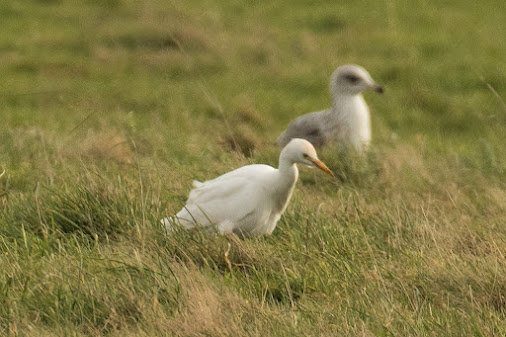 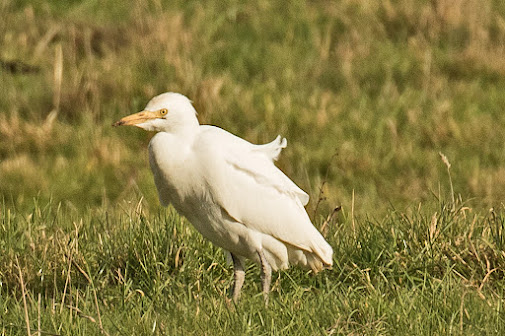 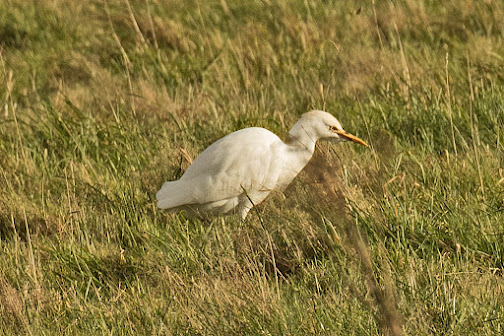 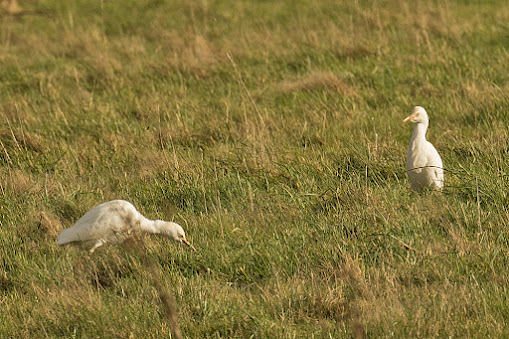 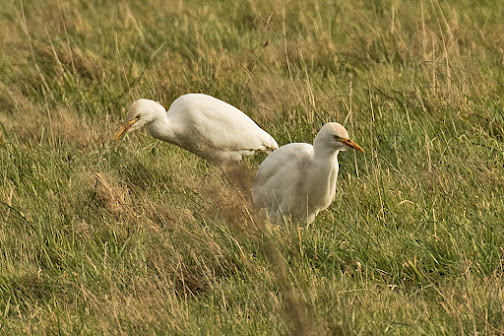