As Pam has been away on holiday and was due to return today I thought that it would be a good idea to put a few things in the cupboard, so it was off to Tesco's. 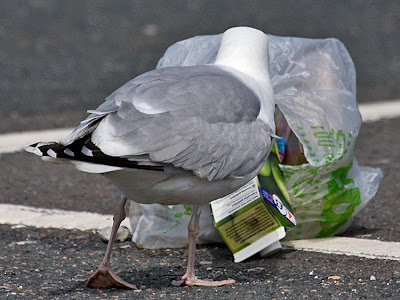 As I parked I watch this herring Gull pull a bag of rubbish out of a bin. I got out and put it back in the bin, as deep and pushed down as well as I could. 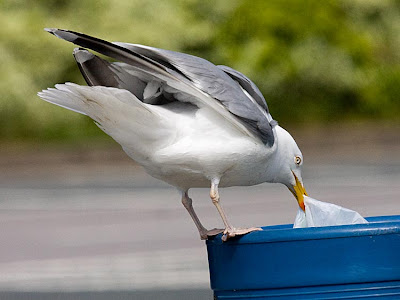 Within seconds the Gull was back on the bin and tugging at the bag. I was amazed at how strong the gull was, as the bin contained a couple of quite heavy bits and pieces. 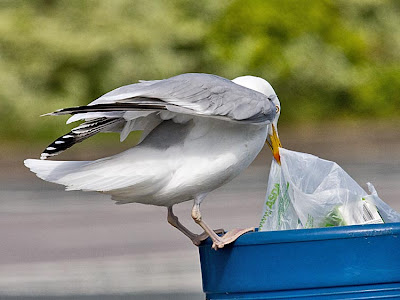 It had a couple of goes at lifting it out, but showed a great deal of determination, it wasn't about to be beaten. 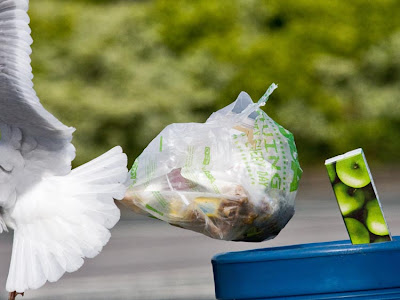 With a last effort it took off still holding onto the bag and it was out and clear of the bin once again. 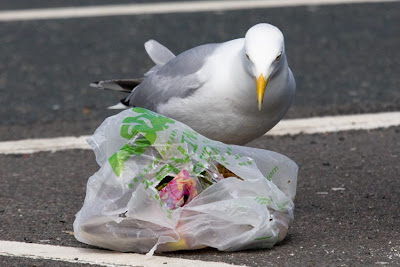 How many times have you seen rubbish scattered about the place and wondered why people can't be bothered to put it in a bin? Well perhaps they did! 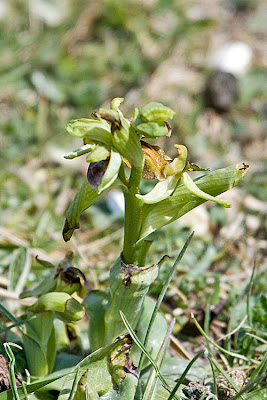 Yesterday I said the Early Spider Orchids weren't out on the cliff top. In the last twenty four hours four or five have put their heads over the parapet and I think that the one above was the largest, standing a magnificent 5cm. 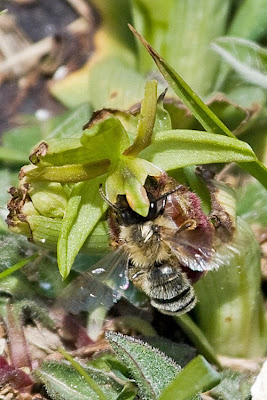 I also mentioned that the natural pollinator was the Early Mining Bee, Andrena haemorrhoa, and I was lucky enough to see one of them doing it's duty. Even "spikes" where the flowers were not out properly and virtually touching the ground seemed to be irresistible to this little bee. 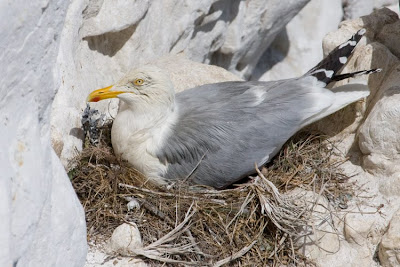 Just below this point on the cliffs a pair of Herring Gulls have built a nest. I must have missed the arrival of the egg or eggs as today was the first time I've noticed one of them sitting on the nest. 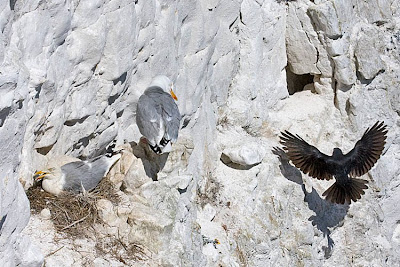 Just below and to their left there is a hole in the cliff and while I was watching the owner arrived. 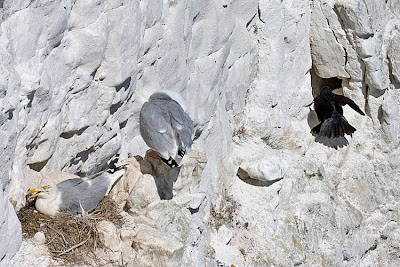 I'm not sure how wise this pair of jackdaws have been. I know that they are normally capable of looking after themselves, but Herring Gulls are formidable predators. I will be unwise, when the time comes for a young Jackdaw to sit around near the entrance to it's cave or it will became a tasty snack for a young Herring Gull!
Posted by Tony Morris at 23:08

You have a slight slip up - it should be 'Spider' not 'Purple'. Great to see them being pollinated. I haven't managed to catch that yet.

Thanks Susan, a slip of the mind!

Seems herring gulls have a bit of ''pikey'' in their ancestry somewhere :-)