Ravens in the Mist

When I left the house to go for a walk along the cliffs the garden was in bright sunshine and the warmth of the sun was already as warm as on any day this year, but in the back ground I could hear the ominous blast of the fog horn. 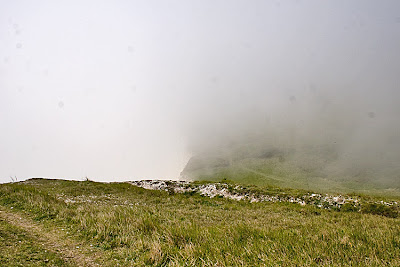 As soon as I approached to cliffs the sea harr was rolling in, reducing visibility at times to just a few yards. 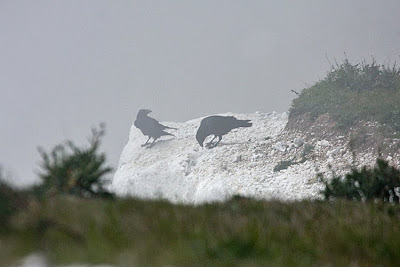 The tell tale calls of the Ravens let me know they were around, but it was while until I found them hidden in the mist. 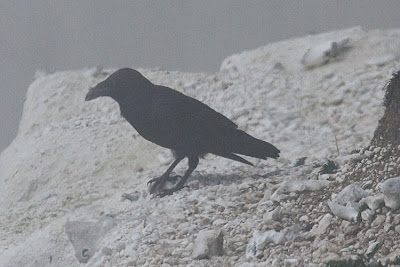 I had heard that the four youngsters were now moving around confidently and I had hope to photograph them. At first I thought that the mist would prevent this, but, as the mist swept in and then receded, I started to track down what they were up to. 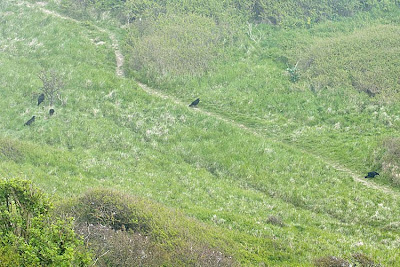 At the bottom of one slope I could see five birds. They were interested in something at the base of a small bush, but being rather fidgety youngsters ore or more would wander off for a while before returning to the centre of interest. 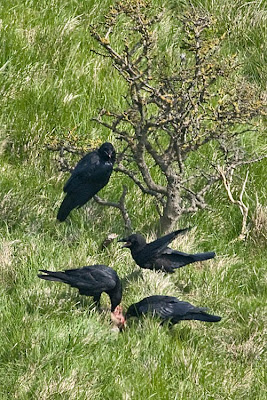 As far as I could make out through the ebb and flow of the mist, there were four youngsters and an adult. It looked as if they were having a rabbit lunch, and I confirmed this later when I walked down to see what they'd been up to, once they had moved. 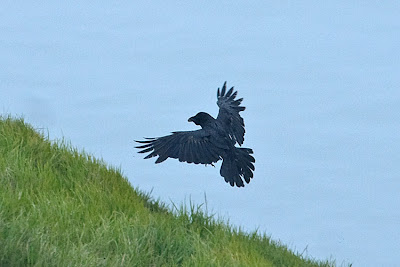 One by one four of them moved off to the cliff edge, attracting the scorn of a pair of local Magpies on the way. 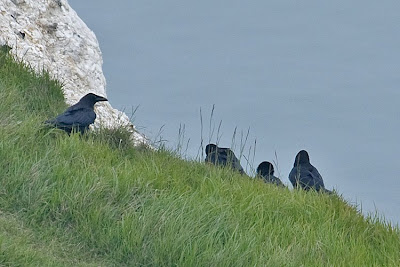 They played around this area for while before flying pack down to the foot path. At this time the visibility had improved, but not for long. 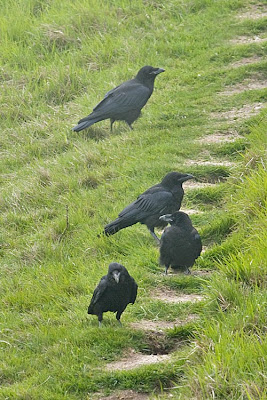 As they sat on the path the temporary sunny spell ended on more mist swirled in, giving the whole scene a rather eerie feel to the place. 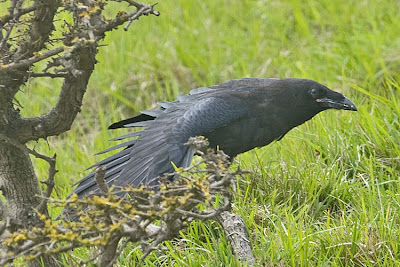 One bird had remained at the bottom of the bush, and it had a stretch, as if aiding it's digestion after a heavy meal. 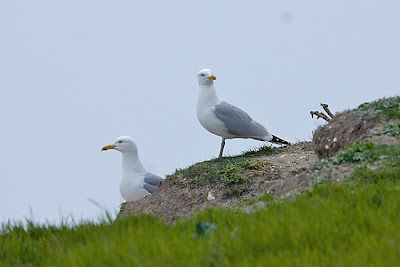 This pair of Herring Gulls, looked on warily, but unlike earlier in the season, they didn't bother mobbing the Raven, perhaps it was because they were out numbered now. 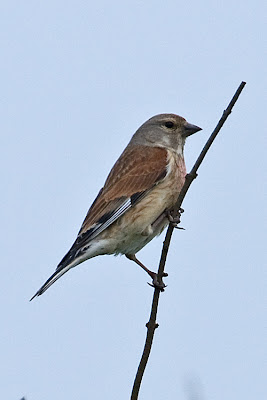 There were other birds around, a Yellow Wagtail passed overhead, unseen but heard, calling loudly, and a good number of Swallows were moving through. I also saw my first Clouded Yellow butterfly of the year. 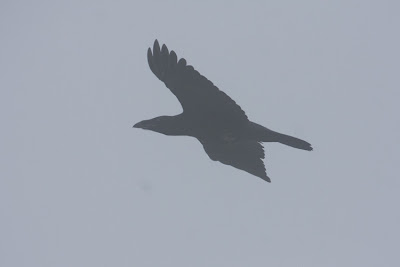 When the single bird took off, it flew in to the mist before landing on the cliff top not very far away. 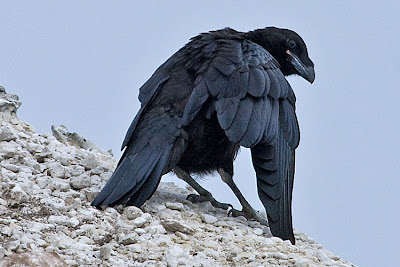 A bit of careful approach work and I was able to get quite close as it preened. Although it is not long fledged it is looking very smart. 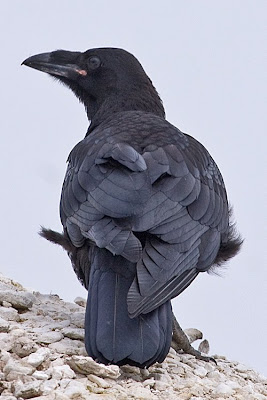 Not the prettiest of youngsters but certainly very impressive. 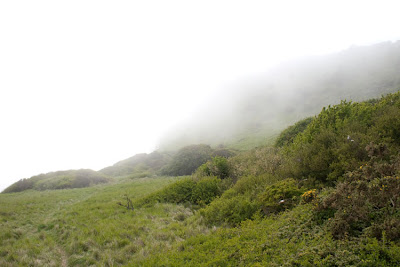 On my way back through Fan Bay it was strange to look right, and still see the thick mist, 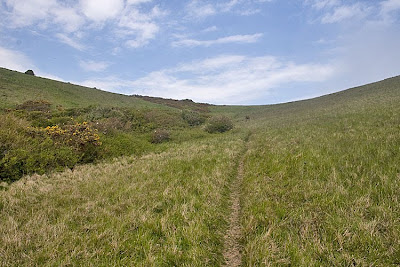 whereas looking left the sky was clear and it gave every impression of a bright and warm day. 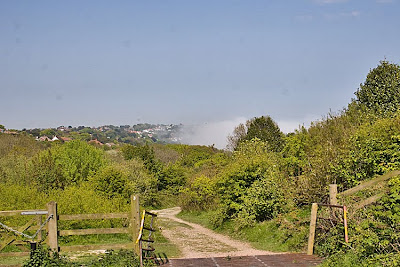 From just beyond the South Foreland the view across the valley, and the Bay, showed the fog bank resting on the edge of the cliffs at the Monument. There were a lot of visitors to the cliffs today, and although the sea harr has a beauty of it's own I'm sure they were disappointed to miss out on the views of the White Cliffs of Dover,
Posted by Tony Morris at 22:49

I enjoyed seeing your pictures. I did this walk last summer and finished with a very nice meal in the Coastguard. St Margaret's is a lovely place.

Great pics as ever - very atmospheric.