A rather damp weekend at the birdfair had some high points. We were staying at the Old Rectory at Belton and the "kids" were camping at the same place. 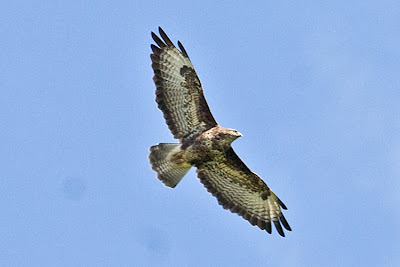 On Sunday morning, instead of going into the Birdfair we did a bit of birding and general wildlife watching at the Rutland Water Reserve. As we were about to leave the camp site a Common Buzzard called loudly and circled overhead. 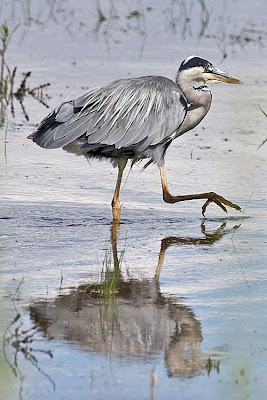 As well as the birds on the reservoir we had a good time watching the butterflies and dragonflies along the nature trail. Common Darters and various species of Hawkers were common. Many were Migrant Hawkers, but there were a fair number of Brown Hawkers and I think Southern Hawkers as well. I did try to get photos of a Brown Hawker but failed. From one of the hides we watched a Grey Heron stealthily stalking through the pool. 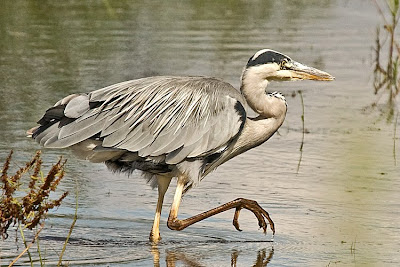 It seemed to have spotted an item of prey and slowly swayed before swiftly darting towards it. I assume the swaying is to enable the Heron to just the exact distance it's prey is away from it. As it's eyes are on the side of it's head it doesn't have 3D vision like ours, or an owls, so the swaying is needed to get the two images than allow it to use parallax get get a measurement. 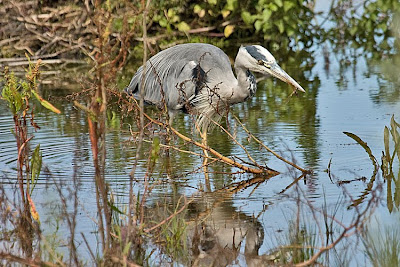 I was expecting it to get a frog or a small fish, but I was surprised to see it had caught a Brown Hawker that we had been watching ovipositing a few minutes earlier. 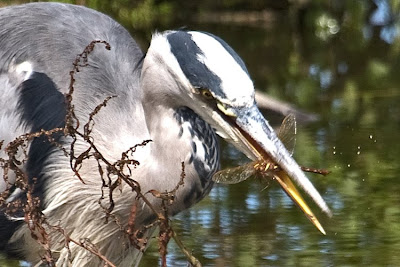 The Brown Hawker is one of our largest dragonflies. 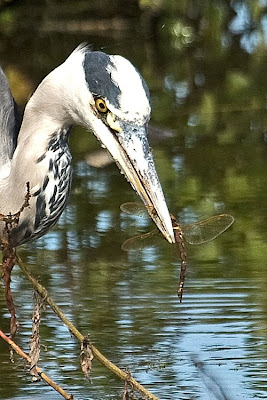 This certainly wasn't the way I expected to get a picture of a Brown Hawker, but you can certainly see enough to identify it. 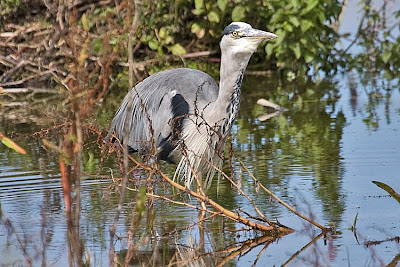 When it finished it did seem to have a satisfied expression, it mush have been a tasty morsel. 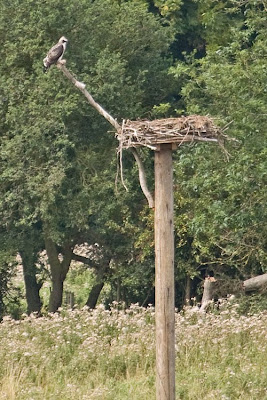 We did see three Osprey, two juveniles and a male. The female hadn't been seen that day and may have left on her southward migration. The juvenile above is sitting by the nest. 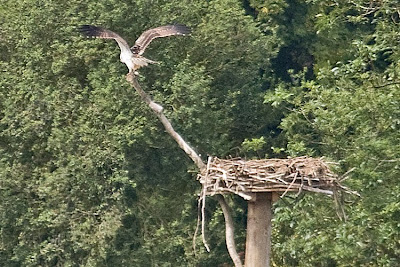 The views were distant but not bat through a scope. It did have a short fly round a couple of time but didn't come any closer. 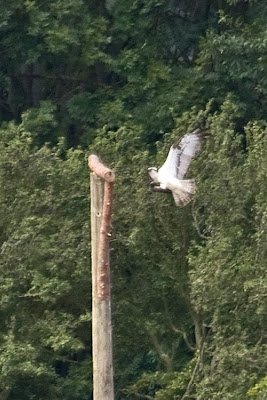 The male was nearby on a post and it also seemed a bit restless, it might not be long before they are passing through St Margaret's on their way to a winter holiday in West Africa.
Posted by Tony Morris at 23:52