This Autumn has been notable for the number of Goldfinches in the garden. There were up to around 300 on the busiest days in October and the feeders were emptying at an alarming rate. 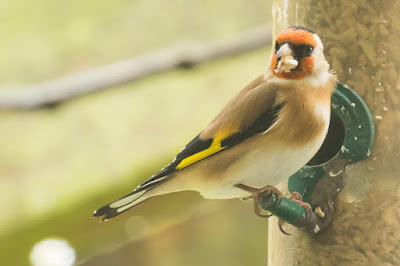 Outside the lounge I have six feeders with sunflower hearts and it seems that the birds drop many of them onto the ground below. 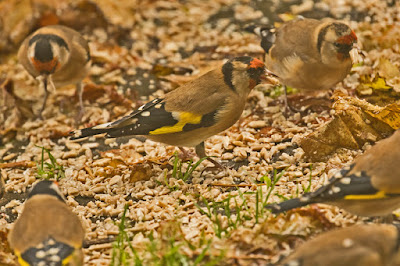 Taking pictures through glass with the birds just a few feet away, in poor light doesn't give very good images, but it does show the closeness of these fantastic birds. 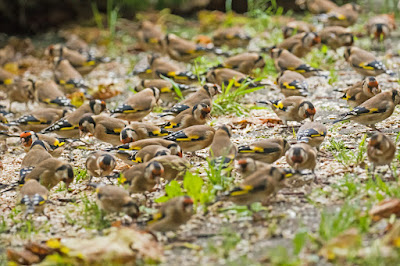 I think that there are about 48 birds in this group, They were very jumpy , so counting them wasn't easy. 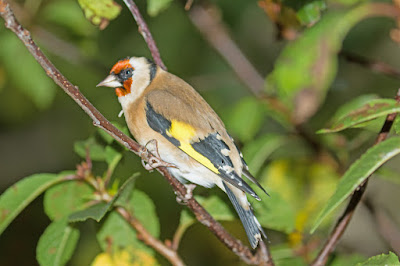 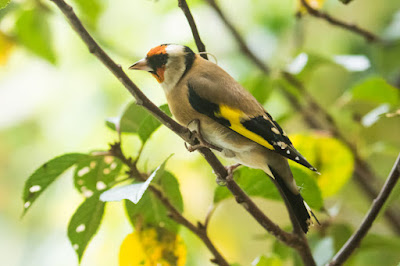 I did manage to set up, using the curtain as a "hide". Just for fun I experimented with a natural light and a flash shop on this bird. The numbers did drop off for a while, but they've increased a bit again and the number of Chaffinches has also grown. I still think that Greenfinch numbers sre lower than they used to be, although there are some around.
Posted by Tony Morris at 22:44