Lots of birds around inthe garden today,but very little light, so I decided to muck around and see how usable images taken at ISO3200 would be. 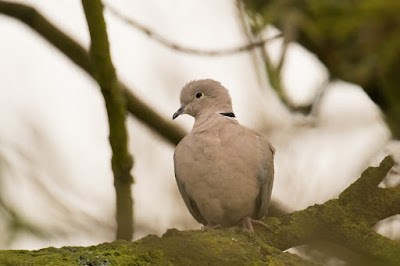 After a few years when the number of Collared Doves visiting the garden had dropped to just the odd one or two they are now back to bigger groups. 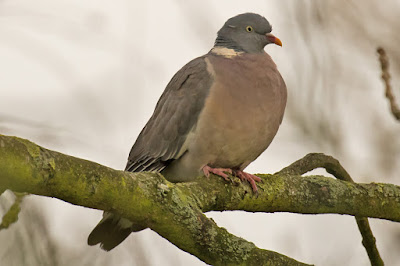 The Wood Pigeon is one of the most successful birds in the country, making full use of the vegetables grown year round and the amount of garden feeding stations available. 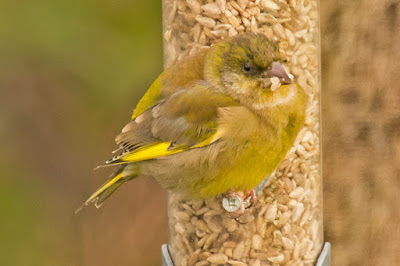 Not doing so well for the last few of years are Greenfinches. Trichomonosis is a disease caused by the protozoan parasite Trichomonas gallinae. It has been recorded in a number of garden bird species and is widely acknowledged to be the causal factor in the rapid decline of the British Greenfinch population that was first noted in late summer 2006 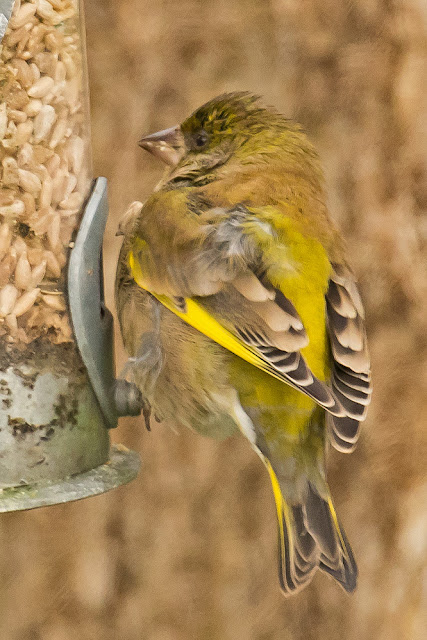 This particular bird did feed for a long time, but it was very fluffed up and not very active. I can't say that it was sick but I was somewhat worried by it 's very static visit. 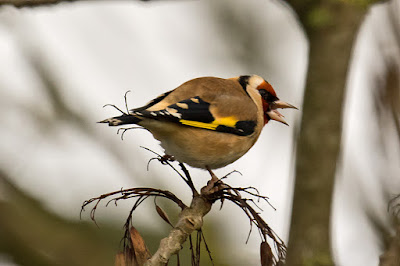 The flock of Goldfinches were as usual noisy, quarrelsome and very active, flying off, every now and again, returning after a few minutes. 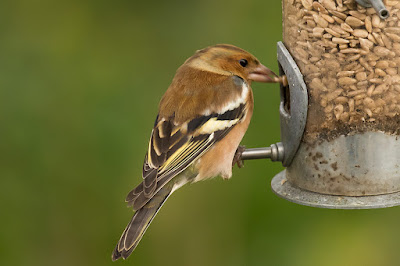 Every now and again there would be a Chaffinch on one of the feeders, but usually they were on the ground, doing the tidying up job for the Goldfinches. 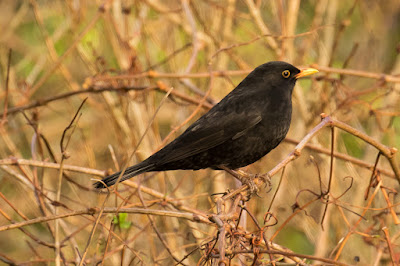 At this time of year the number of Blackbirds increases, possibly including some continental migrants. The bird above is probably home grown, the males of the continental birds tend to be browner and have dull bills, 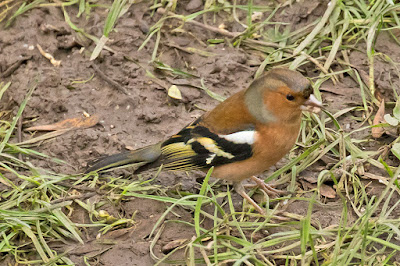 One of the Chaffinches feeing under the feeders. 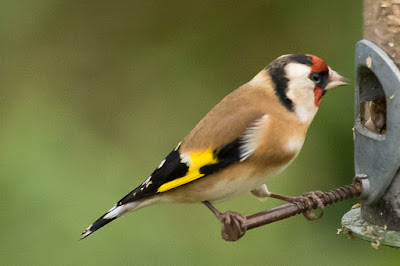 Goldfinches have no problems landing on the feeders and manoeuvring from one feeder to the next. 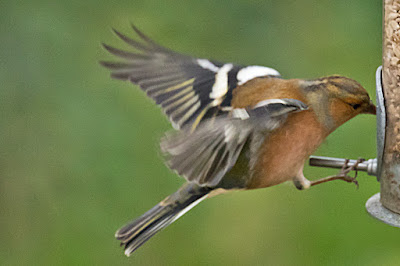 With Chaffinches, they normally fly at the feeders, but fail to land. I'm not sure how often they manage to take a seed, 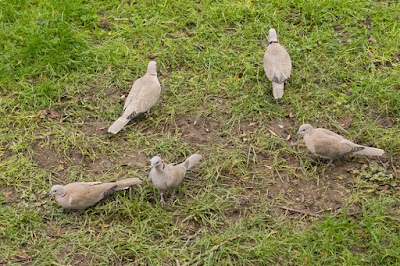 Here are five of the ten Collared Doves feeding in the garden. They may be a common bird, but I still remember when they firs reached the UK, having spread right across Europe in the first half of the 20th Century. Not a sign of global warming, but a sign of agricultural change.
Posted by Tony Morris at 00:20

Oh dear, that Greenfinch looked like a classic case of Trichomonas. When infected they get a build up of microscopic mites in their throats which means that all they continually try to eat, nothing gets past their throats and they eventually starve to death.
I unknowingly introduced it to my aviary flight a few years ago on branches cut from wild trees and lost all 20 canaries. You need to take those feeders down and thoroughly wash them because the mites will have possibly been left there by the diseased bird.