Snow on the Hills

I wasn't required as a driver today but unfortunately to weather, sleet followed by snow, rain and drizzle, in that order made a walk along the Ribble, in search of Dipper and Merganser very unattractive. 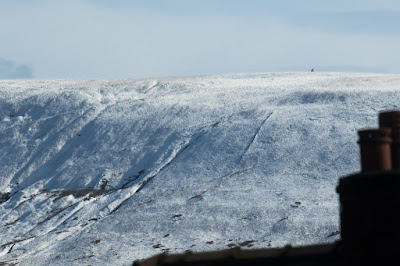 A look out of the window, in ther bedroom we are sleeping in, gave a distant view of the famous Pendle Hill, between the roofs opposite. 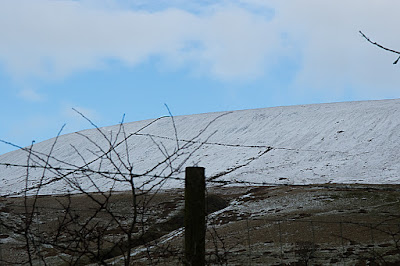 Although it was only a sprinkling of snow I thought a closer look was merited. 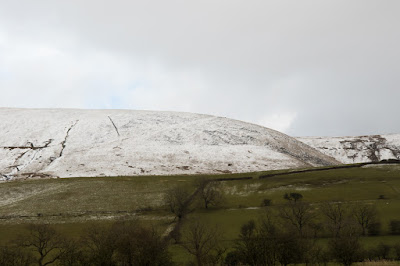 The fields were very wet, but I got quite close, but wasn't tempted to make the trek to the top. 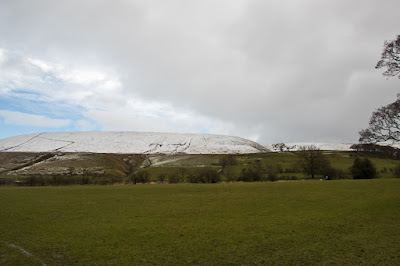 Mike Watson, a local birder and Birdquest leader makes regular trips to the peak and there are some fabulous pictures on his blog. In spring Mke will be up there finding Dotterels, the star bird of these hill tops when small trips make a few days stop over on their way north. 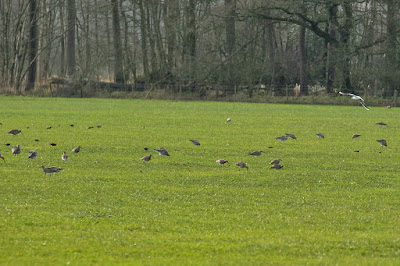 Not far away, towards Bashall, I found a large flock of Curlews, feeding in one of the wet fields. There weren't exactly shy, but the moveed up the field when I parked, making the views quite distant. 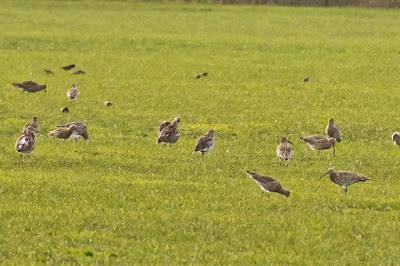 The UK holds about a fifth of the world breeding population but numbers are declining rapidly. Between 1995 and 2011 there was a decline of 45% in breeding abundance. Detailed local studies have implicated nest predation and low breeding productivity as causes of decline. Also, changes in vegetation structure through changing grazing pressure in the uplands may also have an effect of habitat suitability. 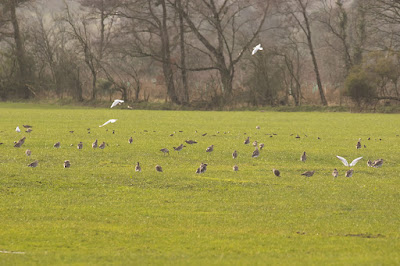 There are wintering birds and it was interesting to watch the close attendance of quite a few Black-headed Gulls I assume that the gulls make use of the Curlews worm finding ability and occasionally grab some of the action.   A the back were a flock of Starlings, but they seemed independent of the Curlews.