The weather has been pretty cold over the last few days and it has brought a lot of activity to the garden feeders, 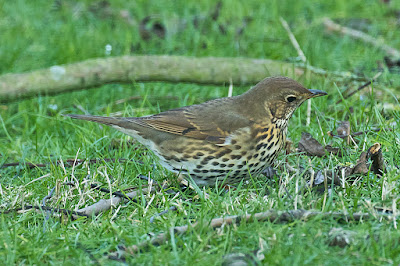 Although the Song Thrush is still a relatively common bird it is declining in numbers. Why it is in trouble is still being investigated, but it has become a less frequent visitor in the garden. I was good to see one gleaning under the feeders, once the frost had vanished. 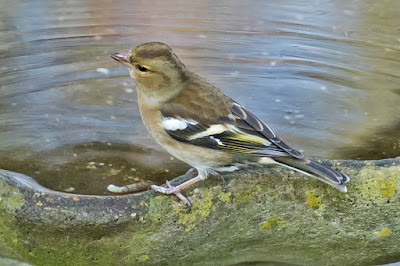 As Usual Chaffinches were just about the most numerous bird round the garden, and once I'd removed the ice and replaced the water in the bath they made use of the facilities. 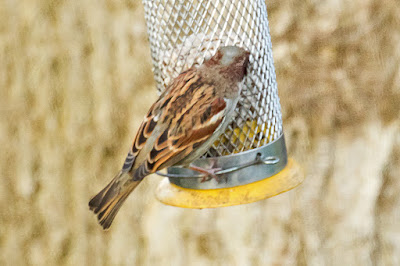 When I first got this feeder it didn't seem to attract as many birds the conventional ones. Now it is very popular and often the first to be emptied, and a faourite of the House Sparrows. 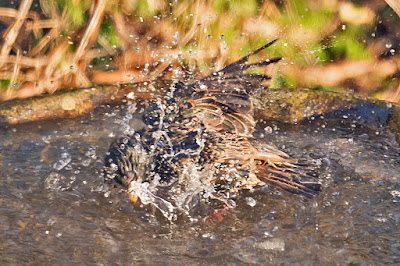 Back to the facilities, a mass of splashes comes from the bird bath. 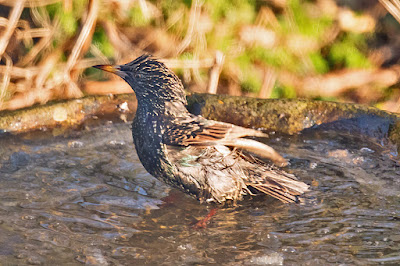 Once the splashing subsides a smart Starling emerges from the cold water. 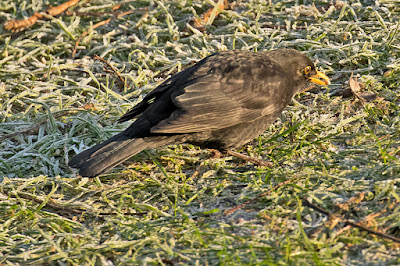 Lots of Blackbirds around at the moment, and with the frosty ground they are pleased with the free supply of bits of sunflower hearts fdropped from above, 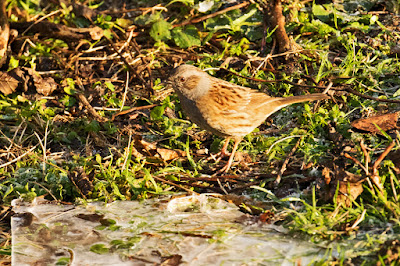 Another ground feeder, this Dunnock is by-passing the ice that was taken off the bath. 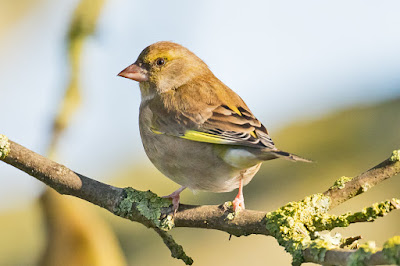 It's been good the see an increase of healthy looking Greenfinches in the garden. A disease called Trichomonosis caused the rapid decline of the British Greenfinch population that was first noted in late summer 2006. 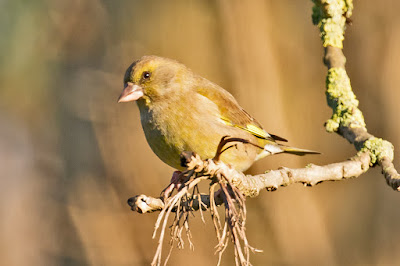 This year numbers seem they seem to have increased, so fingers crossed. It is important to keep feeders and bird baths clean. 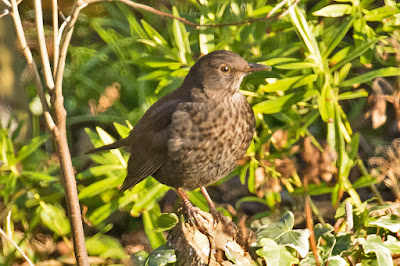 Not all Blackbirds are black, the females are brown, as are immature males until the moulrt to their adult plumage. 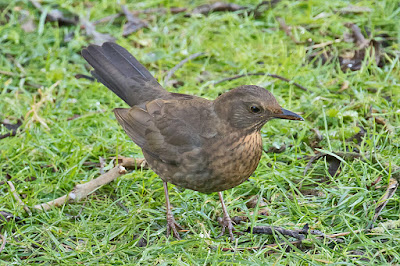