If you saw the episode of Autumn Watch on November 20th you would have seen the film that Simon King made of a huge gathering of Rooks before they went to roost. 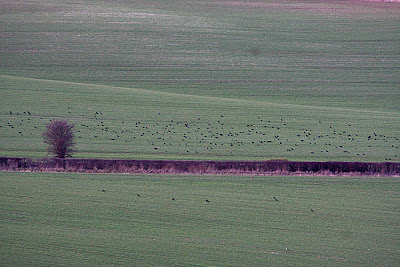 Late this afternoon I decided to go on an owl prowl, hoping to see a Barn Owl, or later hear a Tawny Owl, in one of the areas I'd identified as suitable in the areas I've been surveying for the atlas. Unfortunately tonight wasn't the night for owls but I did watch a gathering of Rooks and Jackdaws, in a field near Ashley, first from a distant view point, in the gathering gloom. 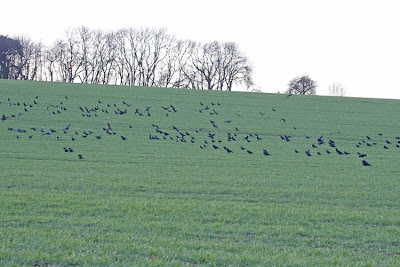 I drove down the be closer and the number in the fields in either side of the road increased. In some areas the majority of birds were Jackdaws and in other patches Rooks were predominant. 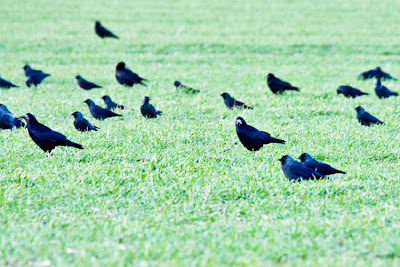 They were nervous when I stopped and wound the window down and moved back from the side of the road. 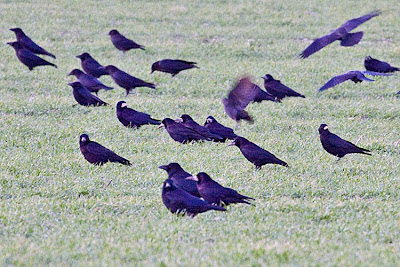 In the evening light the gloss on the Rooks looked distinctly blue. 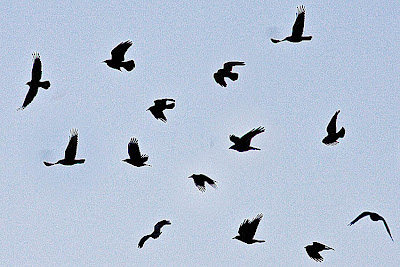 I'm not sure where the finally roosted, but at one time my estimate would have been 1000 to 2000 birds in the air. This doesn't compare to the 80,000 in Norfolk but was still a spectacular sight. 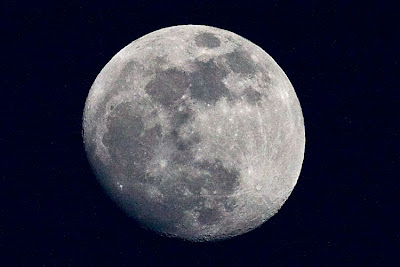 As it got dark and the moon shone brightly from the darkening sky I did hope for the hoot of a Tawny Owl, in a wood that I've been told they nested last year, but the only thing I could hear was the noise of the Rooks and the tacking of Blackbirds as they went to roost.
Posted by Tony Morris at 23:15