Cliffs with knobs on!

A walk along the cliffs not far from Dover was sandwiched between the early fog, that kept the fog horns from the channel shipping noisy all morning and the promised rain that arrived mid afternoon provided some fine birding. 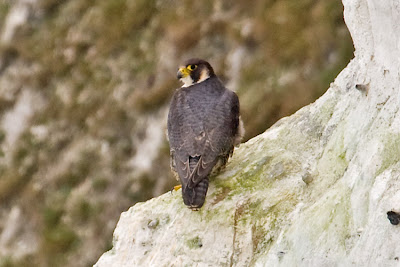 There are few more exciting bird than the Peregrine and the fact that they can now be seen regularly over much of Britain, even nesting in the centre of several large towns and cities. I watched this bird for some time and it kept more or less in this pose all the time I was watching. 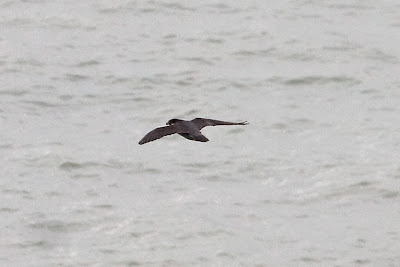 I think I hard a distant call, and this was likely as soon after the sitting bird was away, dashing from it's perch and disappearing to the south. 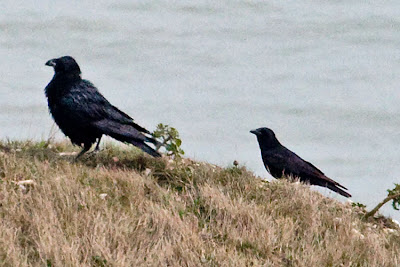 Further on I could see some activity on the top of the cliff. At first glance t was two close having a "dance", a closer look showed it to be a Carrion Crow trying to irritate the much larger Raven. It is always good the see a passing Raven in the area, and they haven't been around as much this year as last. 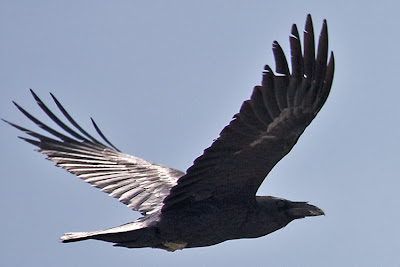 Whether it was me getting closer or the attention that it was getting from the Crow the Raven took off and circled over the see, it's deep honking call ringing out over the sea. 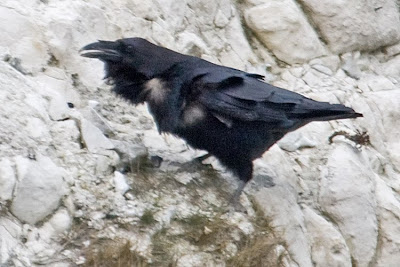 It landed a hundred yards on so further along the cliff and I circled round to try and get close before I appeared over the top of the cliff and flushed the bird. By sneaking up slowly I got some good views, even though the fact that I was near the edge of a cliff made me feel distinctly uncomfortable. 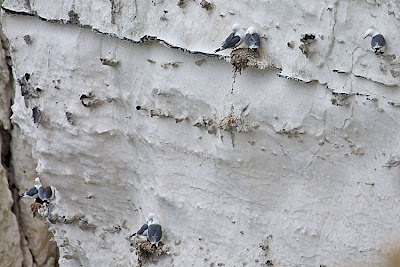 Back at Fan Bay I walked to the lowest point and got some views of a few Kittiwakes perched on the small out crops. It is hard to believe that these tiny platforms give these beautiful Gulls enough space to breed. Listening to the calls of Kittiwakes, on a breeding cliff, is one of the great sounds in nature. Here we have just a few pairs but in some of the large colonies in the Scottish islands the noise is deafening. How long this will be so is worrying as the breeding numbers have fallen by 40% since the year 2000. 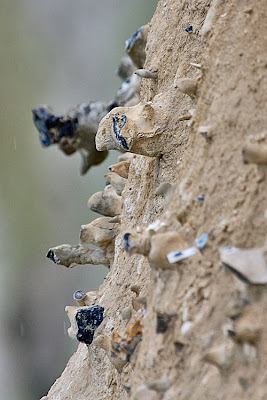