Time to Get Up!

Looking at the video recordings of the Study Nest Box I could see that once the Blue Tit woke up it didn't leave it's roost straight away. 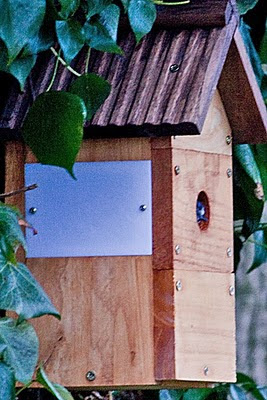 After shuffling around and a bit of preening it flew up to the nest hole and the camera then recorded it's back for quite a while. I checked it out from the outside and although it was still almost dark at 6.04 a.m. there was a little face looking out of the hole. It isn't very sharp as I was on 1/4 sec and hand holding a 400mm lens! I still haven't got a picture of it coming in to roost. Once again tonight it was straight in, no stopping and I didn't even see it arrive in the area until blur zoomed through the view finder! 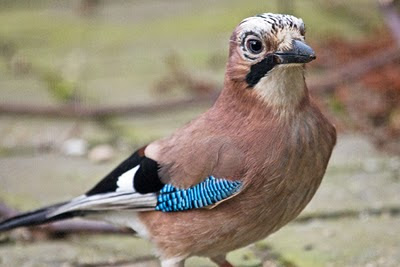 The Badgers normally clean up pretty thoroughly, no leaving any peanuts for anything else that comes later, but occasionally they don't finish their supper, perhaps because they are disturbed by something and the Jay can then profit form their generosity. 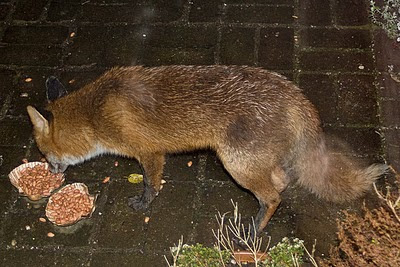 If he gets to the food first the Fox is usually only interested if I've put something other than peanuts out, he normally stops for a sniff but doesn't stay for long. 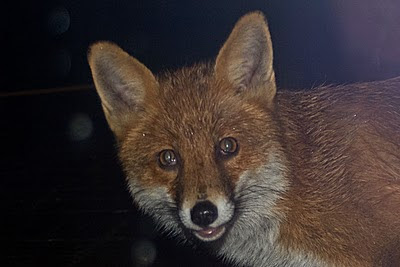 Last night although the room was dark I think he was aware that there was some movement on the other side of the window, although as with the Badgers he wasn't particularly disturbed by the flash, only my movement when I changed position. 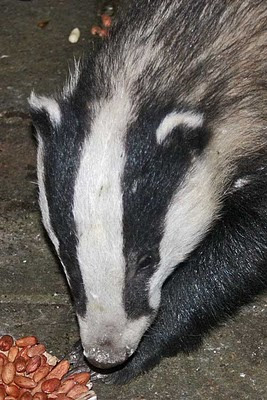 Both of my regular Badgers visited over the last two nights. This one is slightly slimmer faced and at the moment has kept it's nose out of trouble. 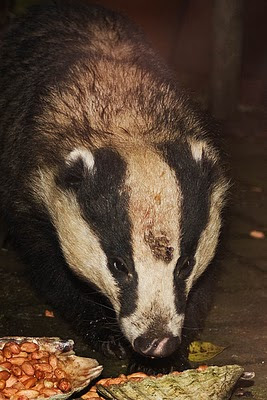 The deep cut on this nose is now healing quite well, it certainly looked a significant wound but didn't seem to stop it snuffling around.
Buzzard Update. I couldn't resist a couple more Buzzard pictures. These were from about 1.5 km form where I took the last ones and show two different birds, there were in fact three together, but I think only two featured in my pictures. 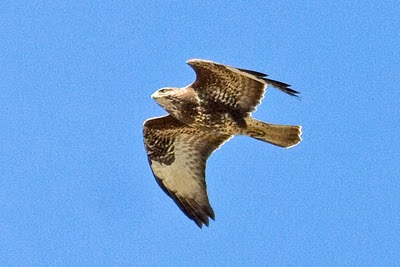 The three of them spent some time soaring and calling, presumably two of them establishing a territory and the third an interloper. 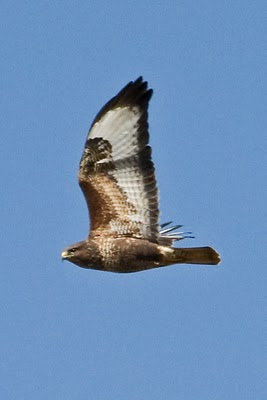 All three had much darker bellies than the one's I pictured last time and the one above had a thicker, darker trailing edge to the wings, I think that these are older birds. 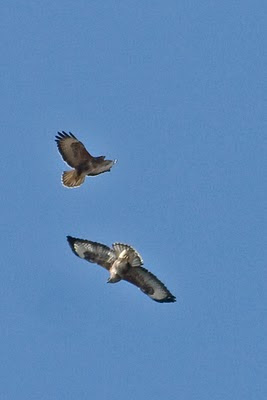 There was a bit of tumbling going on, a fabulous sight and made much better by the blues sky and sunshine.
Mothing. I ran two traps last night. No moths in the MV trap, but two, a Common Quaker and a March Moth in my Actinic trap.
Posted by Tony Morris at 23:01