After a day and a half with no access to the WEB or e-mail, I'm back on line. The problem seems to have been with a server somewhere but I don't know how many people were affected. It's when you haven't got it that you realise how often you use it! Bird Guides, the Weather, BBC Sports etc etc. So not post yesterday. 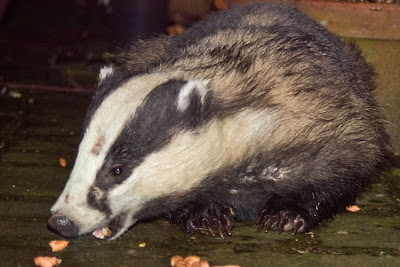 The night of Tuesday/Wednesday was wild and windy and "Scar-face" turned up at about 10.30 and quickly demolished his peanuts. Looking well healed I think you can see two puncture marks on the side of his nose. Whether they were caused by teeth or claws I'm not sure. 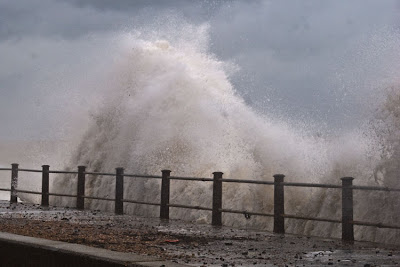 Over night the wind gathered pace and by mid-day was getting up to a force eight and perhaps even higher out a sea. Down in the Bay the waves were breaking over the railings and throwing up large amounts of shingle. 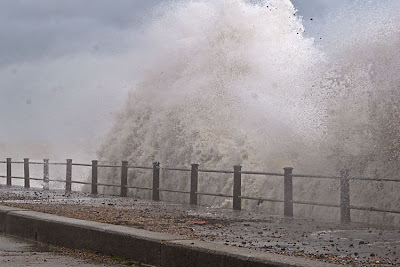 The spray was sufficient of me not to get too close with the camera. sea water not being very sympathetic to photographic gear, but even from a distance the power of the sea looked pretty awesome. 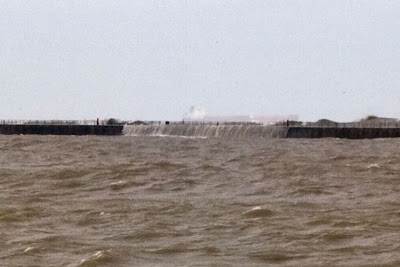 The Spring tide was pretty high and I think it is the first time that I've seen waves come over the walls at Dover Harbour. The swell in the harbour was sufficient to have the waves breaking over the beach and onto Marine Parade. From Dover I went on to Samphire Hoe where I shared a pleasant half hour chatting over a cup of tea. Finally we made it out into the wild weather and were treated to a pair of Black Redstarts and a cracking male Ring Ouzel that flew up and disappeared into a large bramble bush half way up the Cliff. 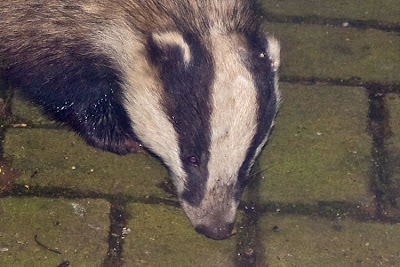 "Pretty" face came first last night. It's not difficult to work out that after all the rain "snouting" out worms had been on the agenda before arriving at the peanuts. 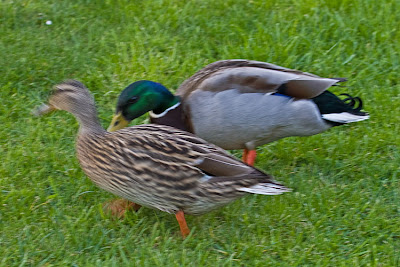 While I was looking round the lawn this afternoon, find evidence of Badger feeding, and cursing how fast it was growing since I cut it last week, I was joined by " Donald and Daphne" from the village pond. They seemed to fing the freshly grown grass to their taste but I don't think the two of them cam manage to graze the whole lawn for me.
Posted by Tony Morris at 22:56