A flash of White

It's been a long wait! there have been Wheatears all over the place for weeks but we've not seen one at Bockhill until Phil found on today. 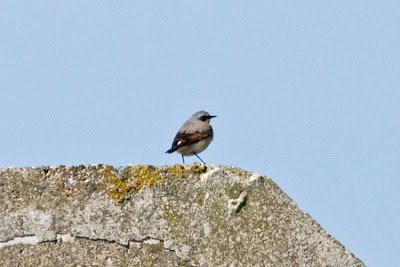 I had a look on the other side of the village, along Reach Road. Near the memorials I found one on one of the walls but the bunkers from WWII. There were two, a female that disappeared over the wall, as well as this male. 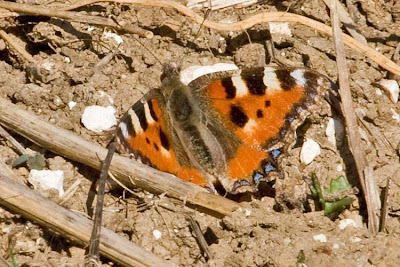 As I was watching the Wheatears I found this Small Tortoiseshell, the first I've seen this year. Although it was sunny the wind was still keen and the butterfly was reluctant to sit with it wings wide open for long. 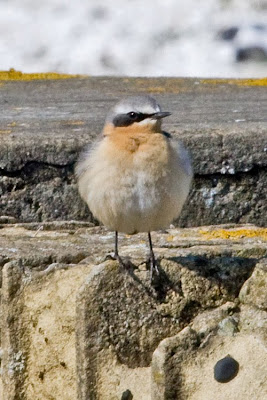 When I turned round there was another fine male Wheatear on an old piece of wall behind me. From the front the warm colour of the breast contrasting with the face mask and blue/grey back makes this a very striking bird. 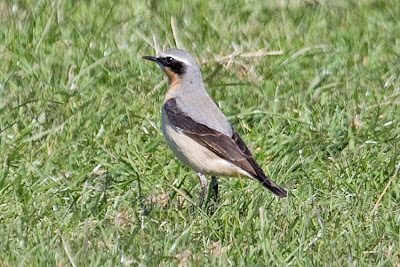 The rump is white, unfortunately covered by it's wings in this position, and this gives it the country name of White-arse (the latter a word that was not considered vulgar until the 17th century). 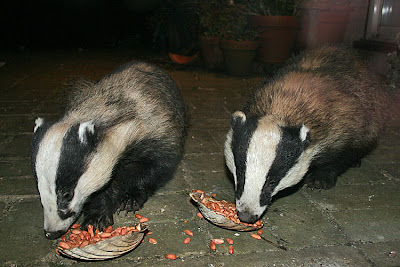 As well as Scar-face on the left, a slightly smaller badger arrived with him last night. This one has a nice little tuft on the left head stripe. 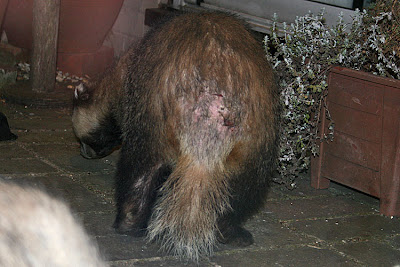 But it is it's funny tail that has give it the name of brush-tail. In addition it seems to have a rather scabby backside, a problem that many badgers seem to have.
Posted by Tony Morris at 23:51

Ive had my best ever passage of Wheatear this April Tony. Another popped up today :-)