I did a bit of atlas work today on one of my tetrads. The first thing I discovered was that Little Owls are like buses, you wait ages for one and then three come along. 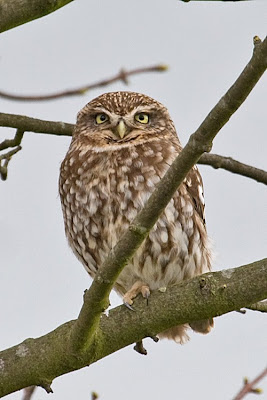 When I got to the tetrad I was walking round I came across this Little Owl sitting in a tree at the start of the first footpath I was aiming for. This is the third site I've seen Little Owls in the last two weeks, having waited ages for the opportunity to photograph one in good light I've now had three chances, one of which I was too slow to accept and two where I got reasonable images. 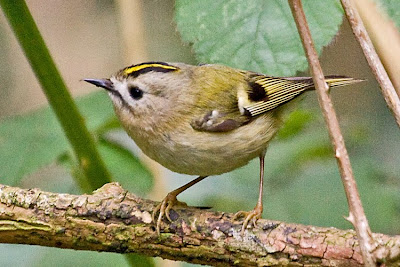 In a nice strip of mixed woodland I was pleased to discover that I can still hear singing Goldcrests OK, in fact I heard at least six individuals. They are fantastic little birds, although at times they can vanish into Yew trees and only there high pitched voice betrays their presence. 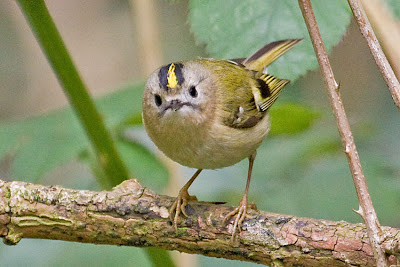 Perhaps not quite as stunning as their close relative, the Firecrest, they are still one of our more charismatic birds. 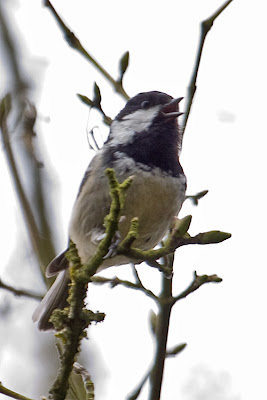 As well as lots of Great and Blue Tits this piece of woodland also has a few pairs of Coal Tits, but alas I haven't yet found Marsh Tits in their, and like most of east Kent, although the wood looks suitable it is a Nuthatch free zone. 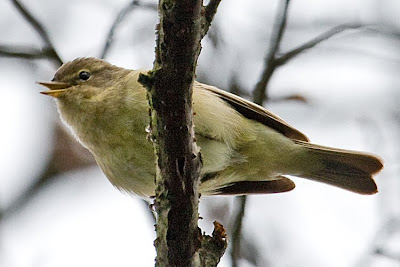 Several Chiffchaffs were singing, normally high up against the light, occasionally low enough to get some detail. 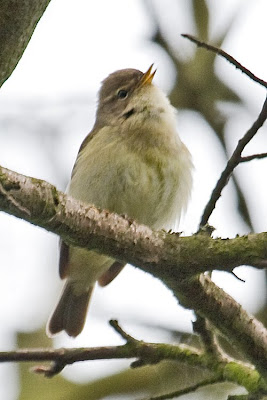 Apart from the song, they are very similar to Willow Warblers, but they are more of a Woodland species, while Willow Warblers are normally in areas of heathland or more scattered trees. Willow Warblers have longer wings, the shorter wings of the Chiffchaff are apparent in these pictures. In addition the Willow Warbler normally has paler legs, and a more pronounced supercillium. 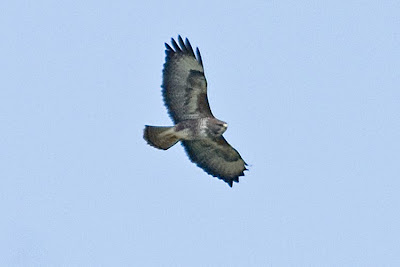 Once upon a time it would have been unthinkable to find a pair of Buzzards in a tetrad in Kent, but not now. I would think that many atlas workers will have this experience this spring, a pair of Buzzards circling over a wood in the area. It is certainly a marvellous addition to the birding experience.
Posted by Tony Morris at 20:16