A long way down

The walk from the Lighthouse to the White Cliffs car park is along the top of some of the most spectacular chalk cliffs i the country. 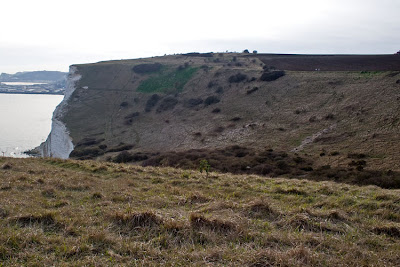 One of the areas that really stands out is Fan Bay. Here the cliffs are at a low point (still quite high enough for me) and the deep hollow down to them ought to repay a bit of effort at migration time. The main problem is the paths are steep and when it's wet, slippery and the scrub at the bottom is dense. Nevertheless I'm sure in the right conditions it has in the past been host to unfound gems and it probably will again as so few birders check this area now. 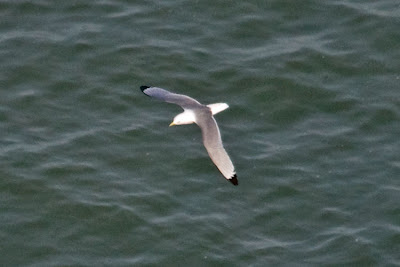 AT this time of year the beautiful call of the Kittiwake echoes back to the cliff top, and quite a few were just off shore today. 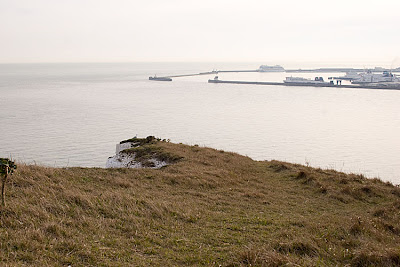 At the northern end of the bay the cliff projects out and I'm sure from the end of the point, where the Herring Gull is sitting, the views into the bay are spectacular, but there is no way I could get my legs to walk up there! 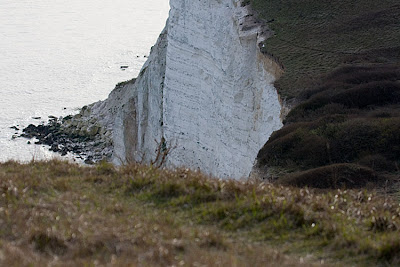 From a much safer vantage point, part of the cliff on the south side can be seen and the Kittiwakes that featured a few days ago are still sitting there. 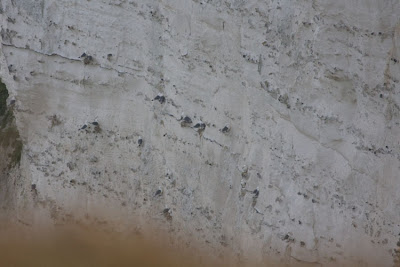 I have definitely failed to find the closer nests that Steve Coates told me about. I imagine he hadn't realised quite how far from the edge of the cliff is the closest I'm prepared to get. 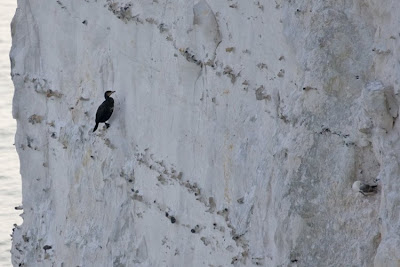 I did have one surprise, and that was this Cormorant cling to the cliff. The ledge is very narrow and the comfort of the walls at Dover Harbour is not far away. As far as migrants are concerned, there were just a few Swallows at Bockhill this morning and a couple over the Pines Garden later. A Chiffchaff put in a brief burst of song, not far from the garden while I was checking the disappointing contents of my moth trap this morning.
Posted by Tony Morris at 23:41