The local rubbish dumpers provided a interesting background as I met Yvette Austen and a cameraman from BBC South-East. 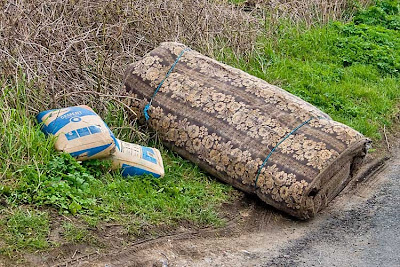 As we were going to see the beauty of the white cliffs of Dover where we discussed the return of Ravens to the south east of England it was a pity that this was the first view. 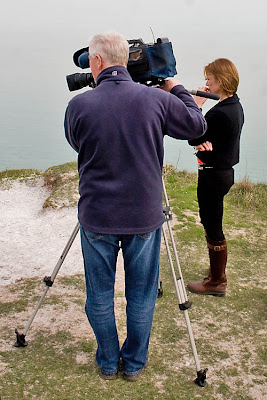 When I received a call from Dawn Bulmer of the BTO asking if I'd be willing to talk to one of the reporters from BBC South-East about the Ravens that nested near Dover my first instinct was I'd love to but they really should talk to the National Trust manager, Simon Ovenden, Unfortunately both Simon and Rob from the NT were otherwise engaged, but Simon was happy that I talked to them. 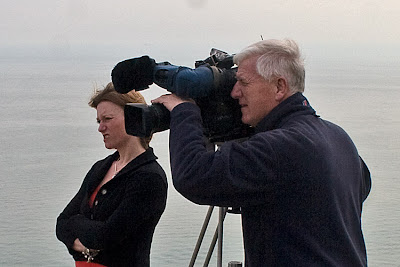 As you would expect the elusive Ravens failed to put in an appearance while we were there, but we did have a little chat on camera about the fact that they nested somewhere along the cliffs last year and were around again this year. Yvette had taken the precaution of visiting the Wildwoods Trust on the way, and getting some footage of some of the Ravens they have there. 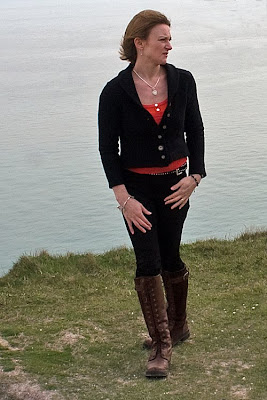 The very short film did acknowledge the NT and my "banner" on the screen did get a couple of seconds advert for the Kent Ornithological Society on it. Looking at the film you certainly wouldn't think that I'd made an effort to brush my hair, the wind as usual making it look like a haystack! I did try and get a plug for the BTO atlas project but that fell by the wayside. All in all an interesting experience and it was good to see some publicity for a conservation plus. Clearly the reduced persecution of many species is having a positive affect on the birds of Kent and Ravens are one of the beneficiaries. At the moment the programme can be seen here, (It's about 17 minutes in) but I assume this will change tomorrow evening.
Posted by Tony Morris at 23:09

Tony, do you know when Ravens last bred in East Kent? I mean in an historical context

Thanks for the info Tony

Thanks Toffee, a sweet name, but who are you?