Exactly a year ago I visited a road side colony of Man orchids that Phil Chantler had come across while cycling. I took a look today to see how they were progressing. Last year I also found some White Helleborine in the adjacent woodland. They were all behind compared to last year, but considering the coldness of the weather throughout April and the beginning of May I suppose that this is hardly surprising. 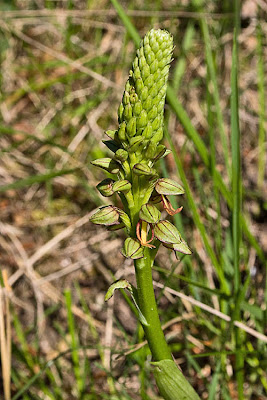 Man Orchid (Orchis anthropophora)
This spike has a few of the bottom florets just opening, with the "man" legs just dangling out. 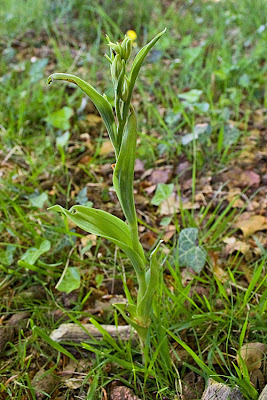 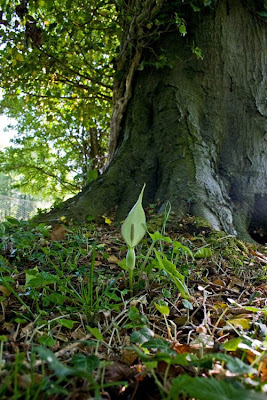 Arum maculatum 0r Cuckoo Pint is one of my favourite plants in woodland. I think the rather strange shape has a certain fascination. It certainly has enough names, normally a sign that it is a well loved plant.

Among the colloquial names are:- Lords and Ladies, Jack in the Pulpit, Devils and Angels, Cows and Bulls, Cuckoo-Pint, Adam and Eve, Bobbins, Naked Boys, Starch-Root and Wake Robin. You can make your own mind as to which is the most appropriate! 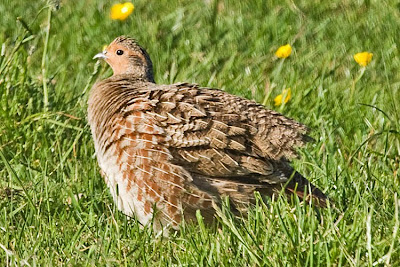 On the way back I stopped to watch this Grey partridge having a shake and rearrangement of it feathers. They are so much better than those French Red-legs.
Posted by Tony Morris at 23:29

Tony, I checked out the white helleborines last week and there are more this year (not nibbled so far).
The beech woods extend for quite a way along the road, and probably hold more.

Nellie from Beyond My Garden said...

I love your cuckoo pint. So different from our natived Jack-in-the-Pulpet. It is interesting that your plants are all a bit behind this year. Ours here in the Ohio Valley and in much of eastern US are about 2 weeks ahead of schedule.
Thanks for taking me along.
http://beyondmygarden.blogspot.com/