While Sam was staying with us we visited the Romney, Hythe and Dymchurch Railway, as far as I know the worlds smallest public railway. 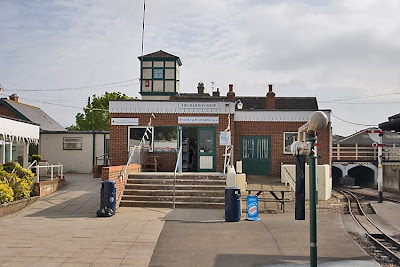 We started at New Romney Station, the headquarters of the Railway. Here, above the cafe is the Toy and Model Museum. 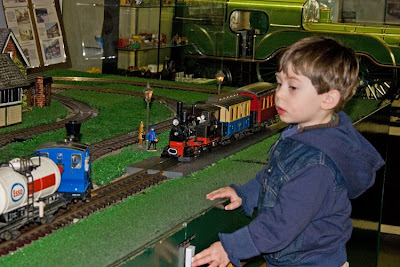 There are various exhibits, the main one being a fabulous 00 layout. Sam is playing with a separate, larger guage railway, where the observer can control the trains with a puish button. 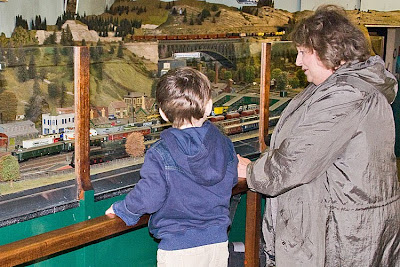 The OO guauge layout is fantastic. it features computer-controlled trains that depict expresses, freight-trains and branch operations from all over Europe and from different periods in time. Detailed stations, factories, sidings and landscapes complete the picture. It think that there were over 20 trains running when Pam and Sam were watching here. 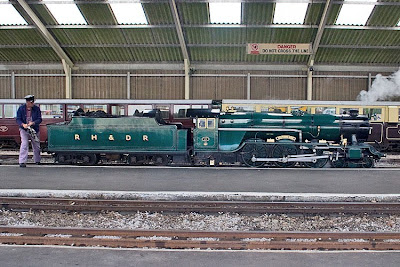 Outside we went out to see the actual working locomotives. Above is the "Southern Maid". 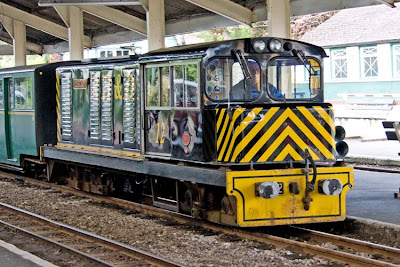 Pam and Simon were waiting to catch a train to Hythe, where I would pick them up. While we were waiting a train stopped on it's way to Dungeness. This is a more modern train, a diesel, "John Southland" built in 1983. 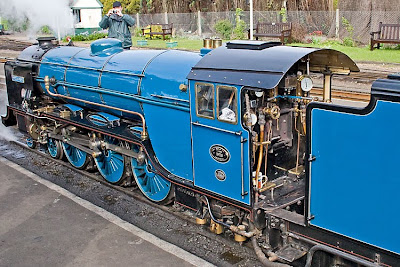 The train to Hythe was Hurricane. A splendid looking piece of engineering. At over 80 years old she's looking pretty well. 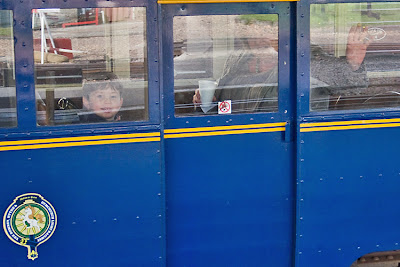 As they pulled out I watched and excited Sam waving out of the window. I think Pam had realised that the suspension wasn't too good and that she was in for a bumpy ride to Hythe. 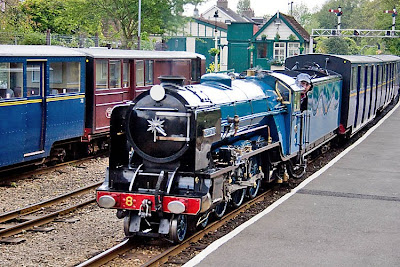 It wasn't a race, and I did see them crossing Romney Marsh as I went through Dymchurch, but I arrived at Hythe Station with a few minutes to spare. It wasn't long before the train arrived and I picked up two passengers. It is always a good trip out, especially with kids, and the model railway at New Romney is the best I've seen. I suppose the fact that the end of the ride is at Dungeness makes a mixed railway and birding excursion quite feasible. It could end up very busy if and when the ridiculous plans for an airport expansion takes place.
Posted by Tony Morris at 23:08

We always made sure to catch the little train when we visited Dungeness (one of my favourite places on earth). It's great for checking out all the creative garden solutions which sprang up after Derek Jarman's became well-known and acceptable.