A star is born

Today I heard from a freelance cameraman that he had filmed the local Ravens, over the weekend, and that the film will be used on the BBC Spring Watch programme. When I know the date I'll put a reminder on here. 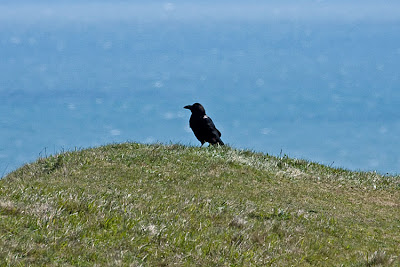 Although Ravens are a bit of a novelty in Kent they are not an uncommon bird in the UK with somewhere around 12,900 pairs, and they are a species with a green conservation status. It would seem that the young fledged at the end of last week. I saw this adult from a distance. 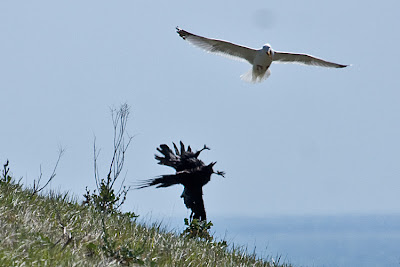 Sitting out in the open it obviously attracted the attention of the local ruffians, in the guise of Herring Gulls and had to take evasive action several times. 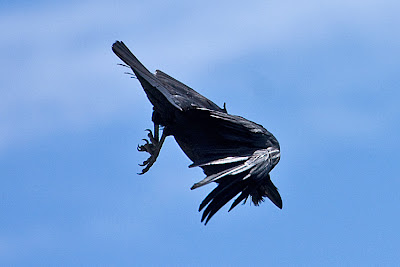 They are in fact spectacular flyers, able to roll and tumble in the air, and have no problem in dealing with the gulls. 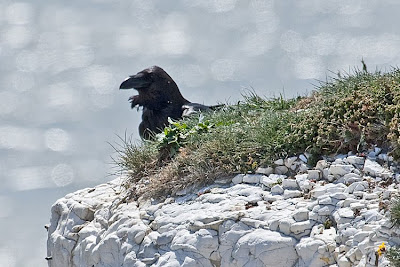 As I walked up a slope to the cliff edge I was surprised, as was the Raven, to find this one still perched on the edge. 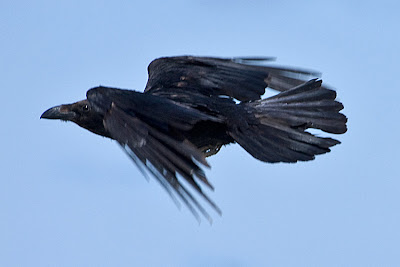 I did get a few pictures of one flying past. No matter how many times I watch them I am always impressed by their aerial ability as well as the their physical presence. 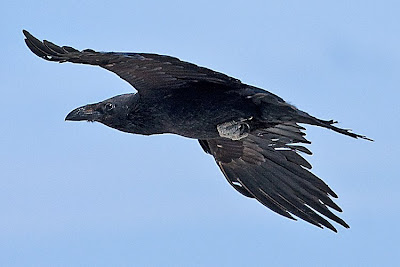 But the most exciting part of the experience is being close to one when it lets out the deep resonant call. It echoes and vibrates along the cliff top and may not have the beauty of a nightingale but it still sends shivers down my back.
Posted by Tony Morris at 23:08

Thanks Warren a bit of an oops!