The summer is rapidly coming to a peak for many flowers and butterflies, and I took a look at some Lizard Orchids at Sandwich Bay. A few lucky people have them growing on their lawns and seem to cherish them. 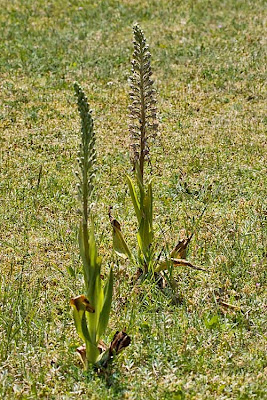 Although the light was harsh I thought that these two, standing at about 18 inches high were fantastic specimens, although they are yet to come out completely. 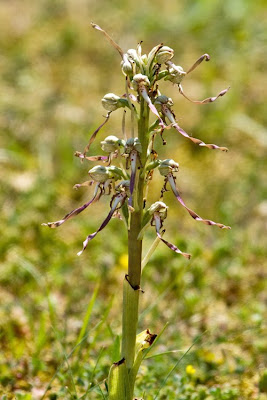 Lizard Orchid (Himantoglossum hircinum)
Although this one was a much small specimen it shows off the individual flowers quite well. 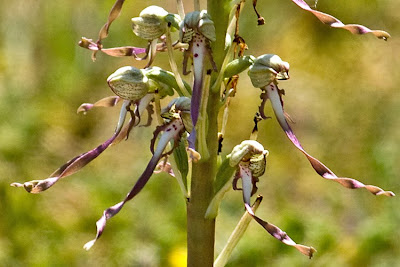 It doesn't take a huge amount of imagination to visualise a mass of Lizards instead of the flowers adorning this spike. 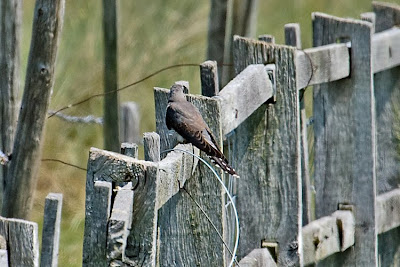 Opposite the observatory, I took the foot path that leads to the ringing area. At least two Cuckoos were along the fence, but didn't allow a close approach. 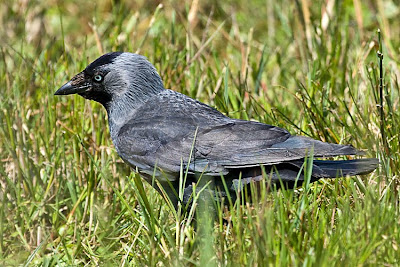 I noticed that a lot of Jackdaws were feeding deep in the grass, perhaps there was a hatching of one of the insects they are feeding to their young? 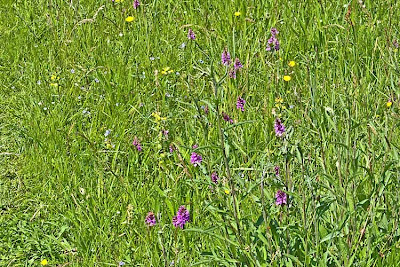 The field was full of Southern Marsh Orchids, and for once I seem to be here at about the right time, as most are still in prime condition. 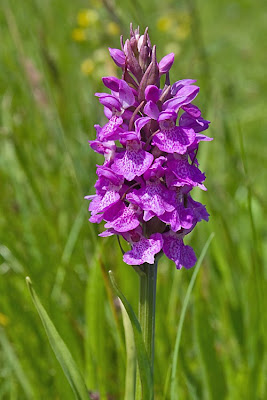 Southern Marsh Orchid (Dactylorhiza praetermissa)
Some how this orchid is treated to such iconic status as the Lizard or Lady Orchid is in Kent, but a close look reveals it to be a beautiful flower. 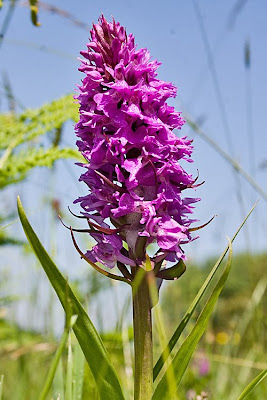 I didn't count the spikes, but the population seemed healthy, although I don't know how it compares to previous years. 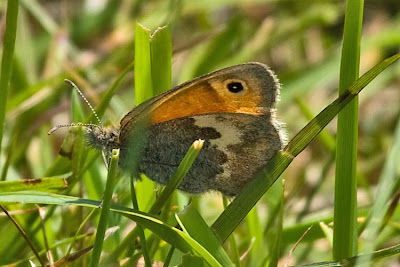 There were a few butterflies around. and several were new for the year for me. This Small heath was one of a handful I saw. 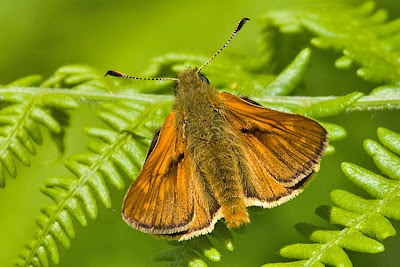 Large Skipper (Ochlodes venata)
While I was photographing the Orchids a couple of skippers were flitting around. This Large Skipper seemed to prefer sunning itself on bracken rather than the flowers. 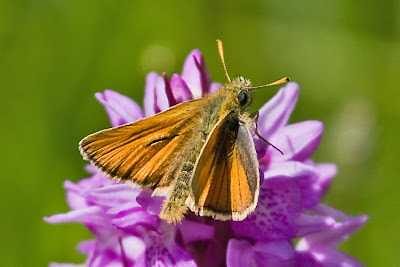 Small Skipper (Ochlodes venata)
While this Small Skipper obligingly posed on one of the Southern Marsh Orchids. It is still a bit early for Essex Skippers, but it won't be long before they arrive to confuse the issue.
Posted by Tony Morris at 23:49