A story of five balloons.

We visited Rocio, Simon and Sam today, they'd been in Spain visiting Rocio's family and we'd been looking after Bessie their cat. Having settled Bessie in back at home we decided to go and have a look at the Whitecross Street Party, a turning off Old Street. The party was a two day event featuring the Art of over 30 artists and the music of ten underground musicians. 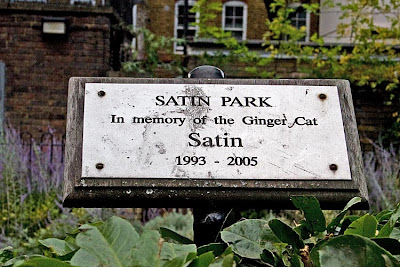 We parked near by and I was amused by this plaque outside a small enclosed garden. Not many cats get their own memorial park! 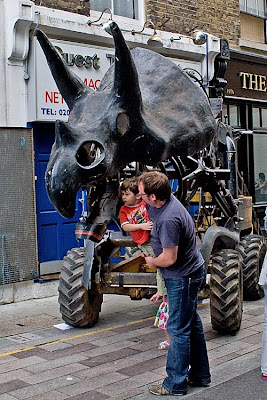 Sam rather liked this mechanical Dinosaur. 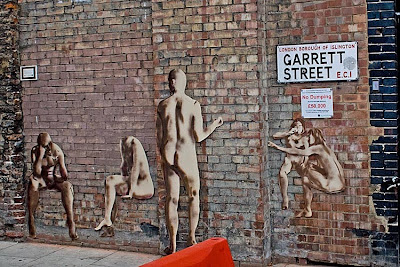 I wasn't sure if the no dumping sign, on the right, was part of this exhibit! 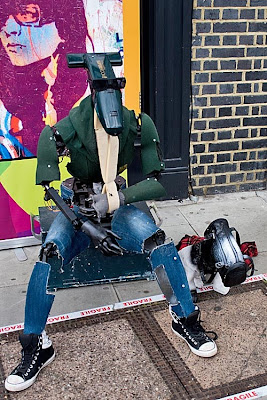 There were several fantastic robot exhibits, this chap with his dog were very realistic in their movements. 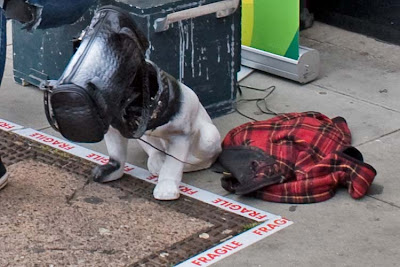 The dog was intriguing, it's head was made of a handbag! 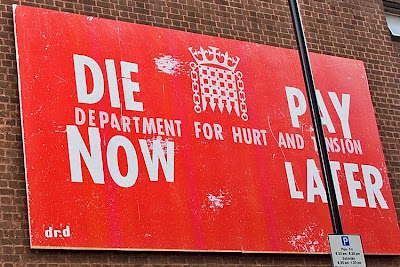 I quite liked this poster, but the light got in the way. It's the DEPARTMENT OF HURT AND TENSION. 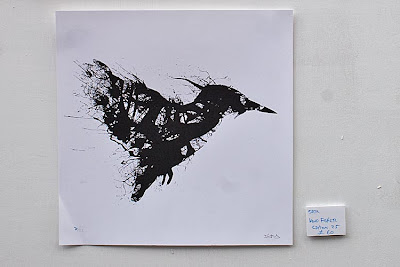 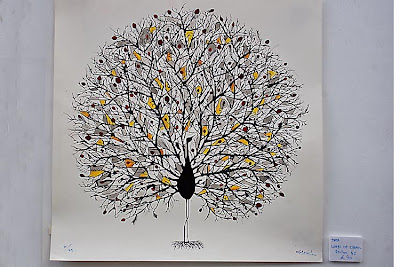 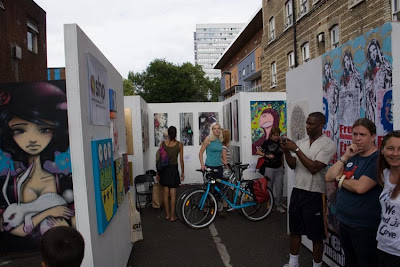 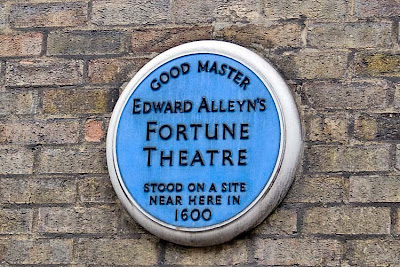 This plaque is just off of Whitecross street. The Fortune Theatre was built in 1600 by theatrical entrepreneur Philip Henslowe and his partner Edward Alleyn following their success and profits made from the Rose Theatre. The Fortune Theatre was so named for the Roman goddess “Fortuna”. The Roman Goddess Fortuna promised riches and abundance rewarding those with joyful intentions with success and prosperity. A statue of Fortuna graced the entrance of the Fortune. 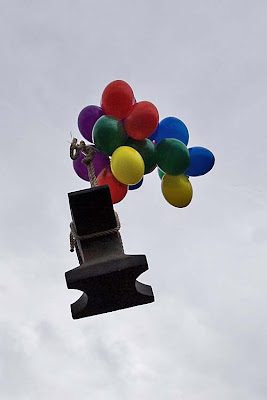 There were quite a few inflatable exhibits, and a lot of balloons were being sold. The street party had joined forces with their neighbours the Barbican, to promote their "do something different" weekend. Sam had several balloons. The first spontaneously burst. I accidentally let go of the second one, and unbeknown to Sam, Nanny Pam lost the third one! 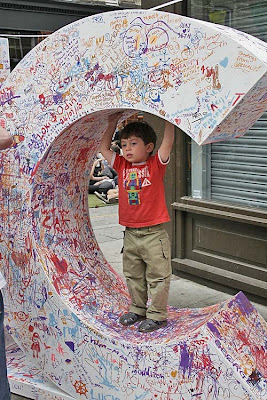 While Sam became interactive with one of the exhibits Pam and Simon went to collect yet another balloon! ( in fact they got two as insurance). 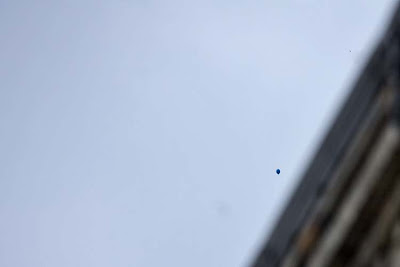 As Sam's second balloon vanished at several hundred feet, moving smartly to the south east we tried to persuade him that Simon, super dad, had gone to retrieve it. 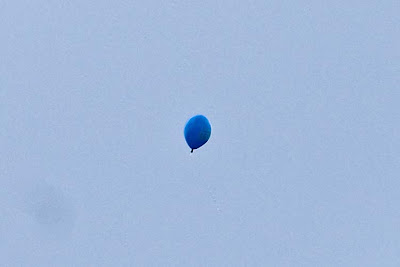 Even though I showed him the photo of the one sailing in the air and demonstrated that the one he now had was identical, cynicism was already rampant and he didn't believe us. 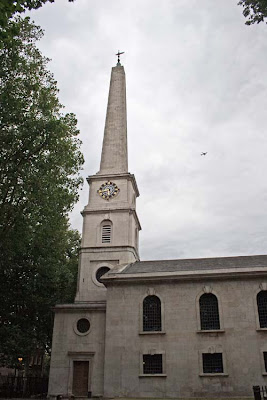 On the opposite side of Old Street, stands St Luke's Church. It made me feel at home, because it looks as if it has the Monument as a Spire. St Luke is a historic Anglican church building in the London Borough of Islington, built in 1733. It is now a music centre operated by the London Symphony Orchestra and known as LSO St Luke's. It is the home of the LSO's community and music education programme LSO Discovery. The main body of the church seats up to 372 and is used by the LSO for rehearsals, and by a wide variety of musicians for performances and recording. Additional rooms in the crypt provide practice facilities for professional musicians, students and community groups.
Posted by Tony Morris at 23:39

Aha, my old stamping ground. I used to work just up the road from St Luke's and bought lunch from the excellent curry stalls in Whitecross Street frequently. Did you notice how many streets are named after types of timber there too? Once upon a time the area had many imported timber warehouses.

I didn't notice them and can only find a couple of "tree streets" near by.

Genial brief and this enter helped me alot in my college assignement. Say thank you you on your information.