For the last thee weeks I've hardly been out of the house, I've been laid rather low by a nasty virus. Today however I could see the pond bubbling with movement and went on my annual frog photo-shoot. As usual the pond was heaving and there was already a lot of spawn, and the noise was pretty loud as I walked towards the pond. 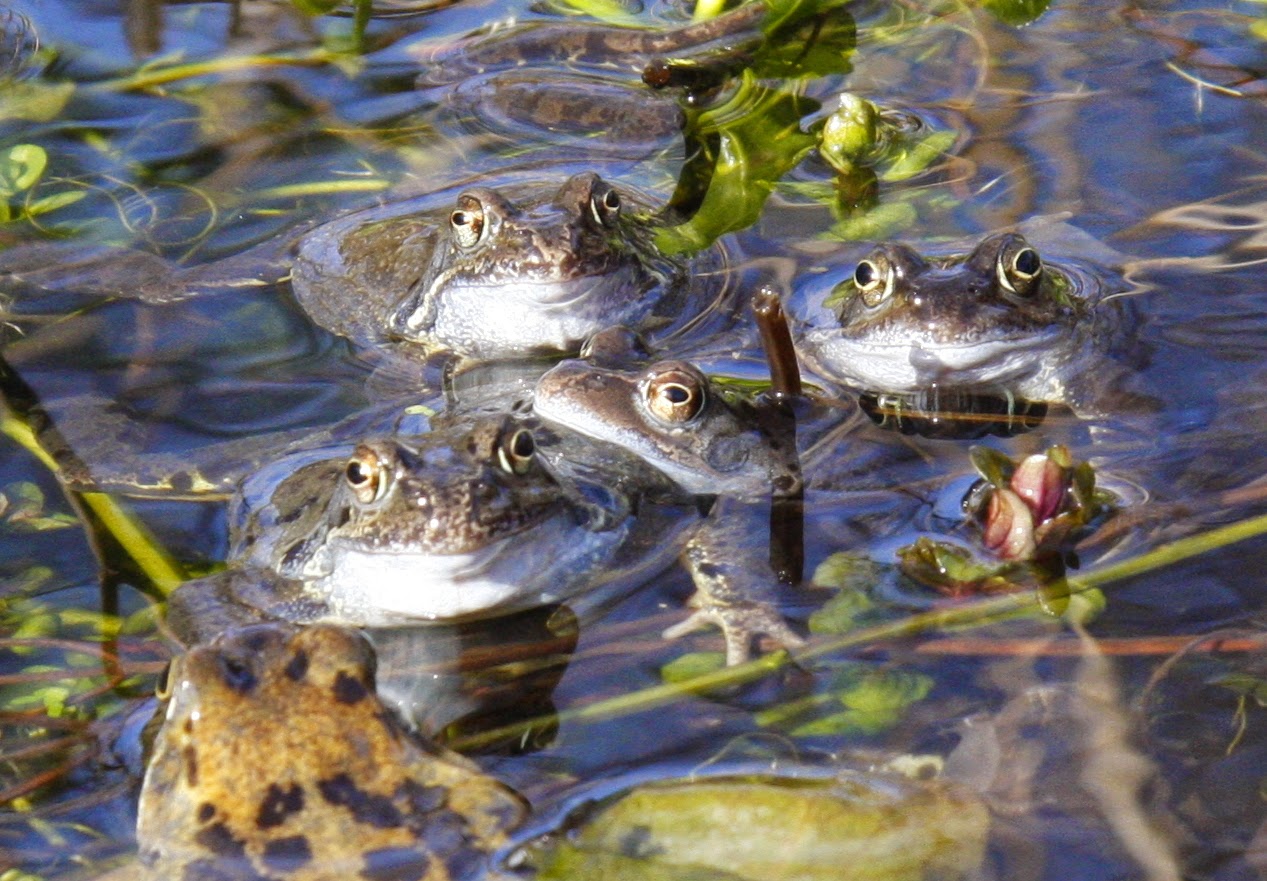 Although they are not totally wary of people, the did mainly disappear under the water as I approached. After staying sill for a while the slowly surfaced and soon there were 20-30 with their heads above the water. 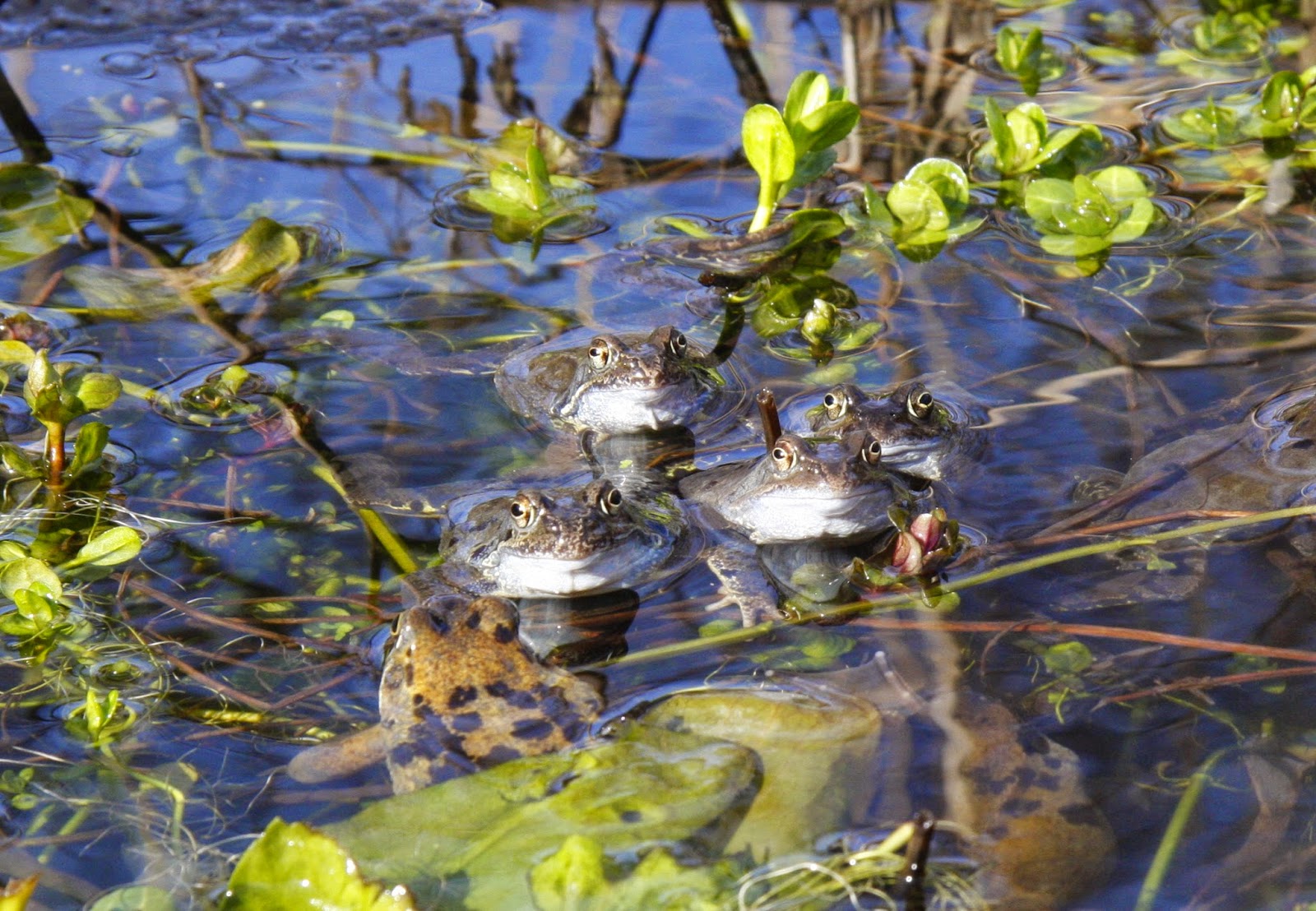 Many of the females were submerged by the weight and number of the males intent on being the one to fertilise their eggs. The selfish gene has much to answer for! 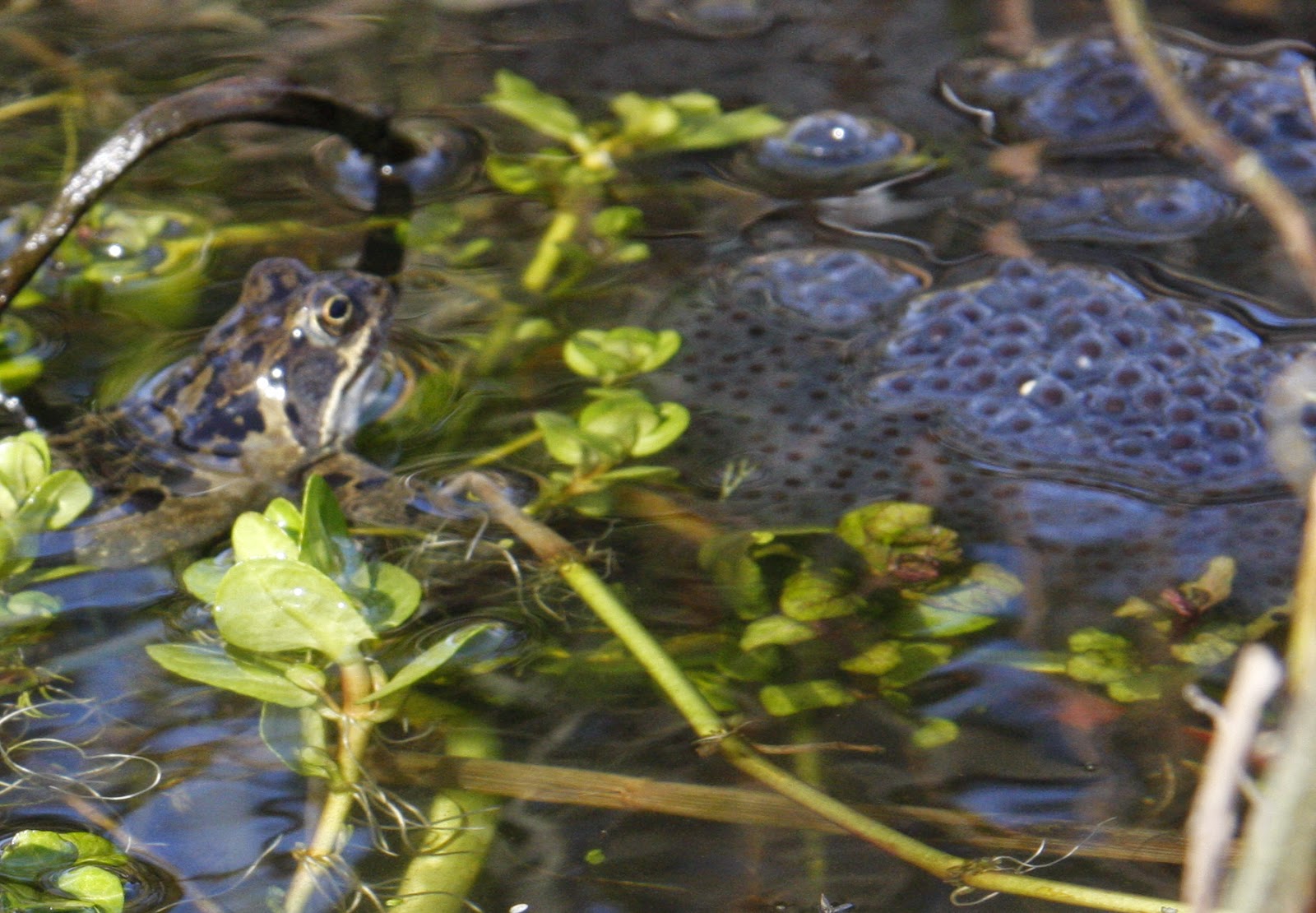 The spawn looks healthy at the moment. Fingers crossed that we don't get a frost in the near future.
Posted by Tony Morris at 22:37

Good to see you back Tony, was the viris something you brought back from Australia.
You couldn't enjoy the World Cup cricket while laid up, with England only adding to your depression.

No Derek, came from down under full of health and vigour,but succumbed to something going round the Walthamstow child and parent school circuit!

That's the trouble when you go back to school Tony, so many bugs.

The joy of grandchildren!

Could be nits next