Welcome migrants or are they?

For as long as I can remember, rare or unusual wildfowl have caused eyebrows to be raised. The suspicion that it has escaped from a collection has always blighted the records of otherwise exciting visitors. More recently the emphasis has move at bit, more towards prove that it isn't wild, rather than the other way round. This female has been at the Restharrow Scrape for a few days, and shows no signs of previously being captive. 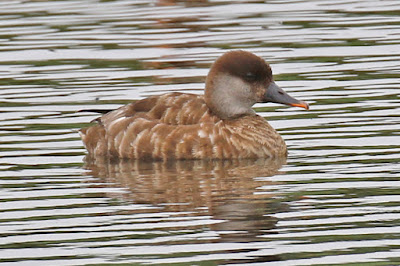 
The main breeding areas of this striking diving duck are the steppes east of the Caspian Sea as far as the mountains of Central Asia. 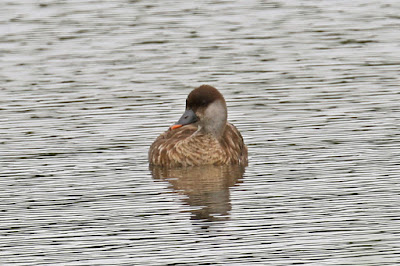 
The range has been spreading, albeit slowly and Spain holds the majority of breeding pairs in Europe, with nearly 7000 pairs, next comes Romania with nearly 2000 bp, while smaller numbers are to be found in France, Germany and very small numbers in Netherlands, Poland and Denmark. 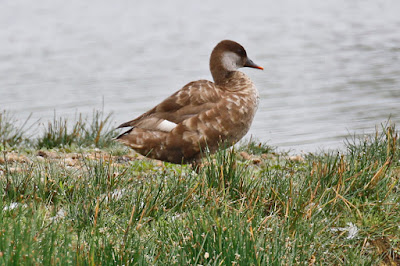 
Large moulting flocks occur on Lake Constance (up to 9000) and in Spain, and previously in the Netherlands, now disappeared following water polution.
. 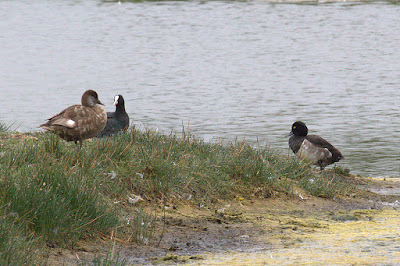 It is apparent that they do have some regime of dispersal, and as a few seem to appear most years in sites along the east of Britain, I think that thereis a good chance that our bird is of wild origin, or is this wishful thinking?

The news that a Large Toroiseshell, now a rarity, had be found on Lighthouse Down, by Colin Johnson, had me surring out of the house in a real hurry. 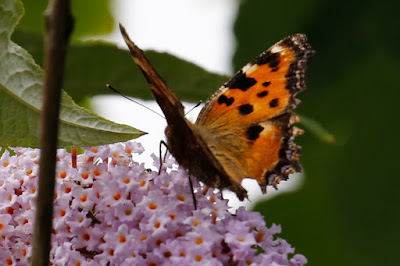 
It's afew years since a saw a new butterfly species for the UK and for one to be only about a milefrom the house seemed quite amazing. It didn't take long to get there and it was already being wached by Andrew Lipczynsk, who'd given me a call earlier. It was high up in a  Buddleia bush and seem content to remain there. 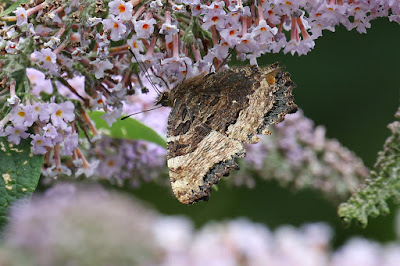 
While it was sunny it spent most of the time with its wings open, but as it clouded over it kept its wing cllosed for much of the time. luckily it did seem to get fed up with theflower it was on and, after a bit of a flyaround, it landed about half way up the bush for a few minutes. 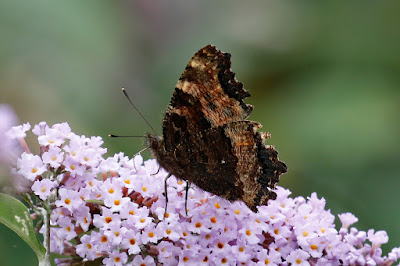 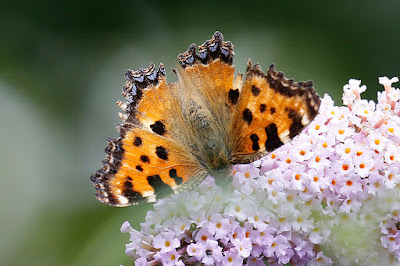 
In Victorian |Times the Large Tortoiseshell was a comparatively common butterfly in the south of the country but then declined rapidly, for reasons not fully understood.Climate Change, Dutch Elm disease and parasitism have all been suggested. By 1953 the decline was complete and it was declared extinct as a breeding species. Since then records have mainly come from the south coast of the country and hopefully recolonisation is a posibility. The real problem, with knowing what is going on is the fact that there have been releases, either accidental or deliberate, into the wild by butterfly breeders, who who import eggs and larvae from dealers from outside the UK. This of course makes the task of conservation, if any genuine immigrants arive and breed, almost impossible as the true situation will be unclear. It is hoped that many of those occuring on thecoast are in fact genuine migrants, and I hope that this is the case in this instance.
Posted by Tony Morris at 23:31

Incredible find. I will be looking at visitors to the garden from now on!

Yes, sharp eyed of Colin to find it!