This morning the weather relented and the gloom partly lifted, and I motivated myself to walk across to Bockhill and Hope Point. 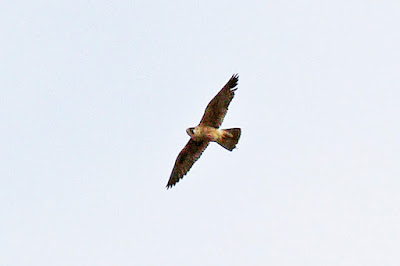 As I walked down the Droveway, a Peregrine, with a rather full crop flew over my head and proceeded inland towards Ringwold. I hastily snapped it, but failed to allow properly for the dark silhouette effect against the sky, hence the poor picture. 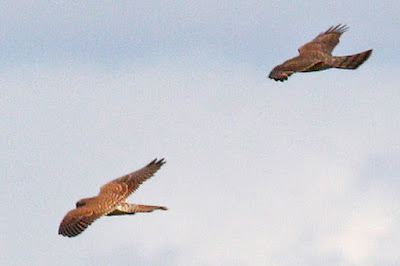 At farm wood I was aware of a bit of a kerfuffle and as I got closer a Kestrel, followed by a Sparrowhawk left the wood and circled in the sky. 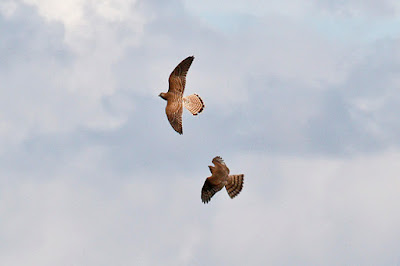 The Sparrowhawk was definitely less than enamoured with the presence of the Kestrel and was giving it a hard time. 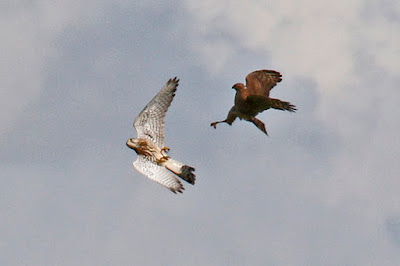 They got pretty close to each other and it almost look like their own tribute to the dog-fights that had taken place over the White Cliffs during the Battle of Britain. 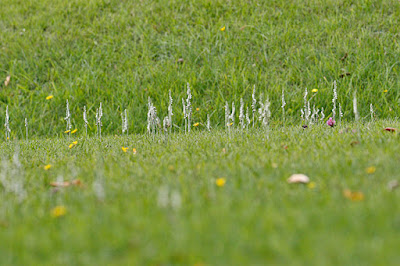 When |I got to the Kingsdown Leas I was a little disappointed to see that the large part of the lawn at Little Green and be recently mown. Happily they had left two large areas that contained some beautiful spikes of Autumn Lady's-tresses (Spiranthes spiralis). 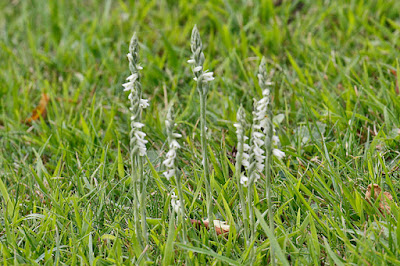 This is the smallest of the British Orchids and they are particularly fond of growing in short turf on the chalk around St Margaret's and Kingsdown. 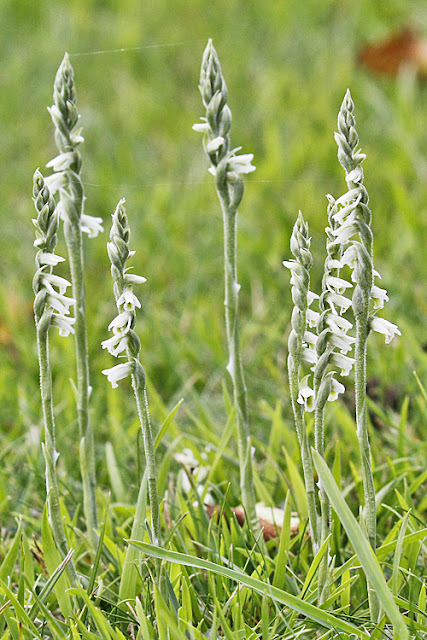 This year many of the spikes have grown a couple of inches higher than I've seen in previous years. Perhps this is due to the amount of rain that has fallen at their peak time of growing. 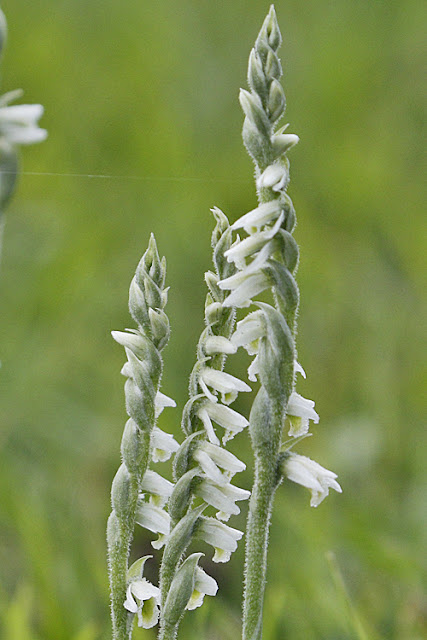 A close-up shows the intricate individual flowers on each spike. It is a shame that an enthusiastic lawn mower man, can't call him a gardener, 'cos a gardener wouldn't cut the grass while these precious flowers are growing, probably mower about 8,000 spikes in the name of a short lawn! 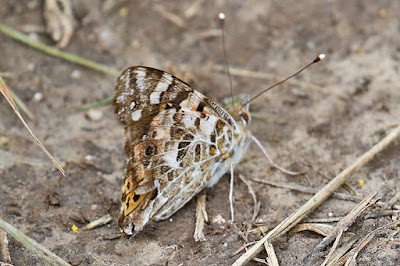 There were still some Painted Ladies around, but in the increasing cloud and dropping temperature, they weren't sunning themselves much. 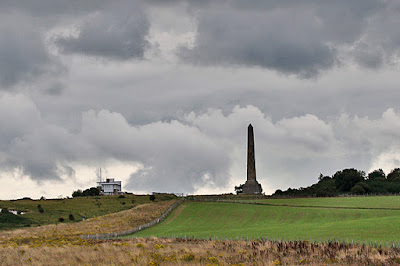 View to the monument from near Hope Point. 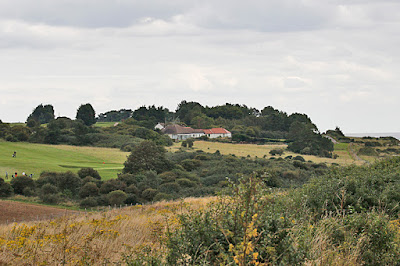 The Golf Course, with Hope Bay Studio in the background. 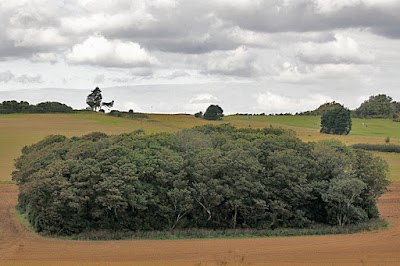 Bockhill Farm, with the Empty Wood to the fore.
Posted by Tony Morris at 23:34

The ALTs can also be found at the base of the monument. I have been trying for two years now to get the council not to mow the grass in August and September, but the do. Although it has not been done for a couple of weeks now, there are about 25 spikes there this morning.

There are always a few around the Monument, but they seldom do very well. I don't think it's the local council that mows, it's the body that looks after War Memorials and the like.