It is unusual for any natural history subject to get an airing in the national press, the radio and the television. The organisers of National Moth Night have learnt that our media needs something they can sensationalise if they are to report a story.  National Moth Night 2015 is at the time of year to target migrant species and one of the biggest and most prominent regular migrants is the Convolvulus Hawk-moth, this provided the much needed hook for the media. One of the ways of attracting some moths is by a method called sugaring, which uses a mixture of beer, treacle and sugar, plus some secret ingredients for some avid users of this method, another is to attract moths to flowers of the Tobacco plant, nicotiana. We have beer and tobacco, a moth with the wing span of a small bat and a tongue (proboscis) four inches long to reach the nectar at the bottom of the flowers, what more does the average ignorant journalist need for a story. In its news summary the BBC even dispensed with the word Convolvulus, and called it THE Hawk-moth, as if there was just one. I do have some tobacco plants in the garden and I did have some tobacco plants in the garden and I did brew up some sugaring mixture, but all the moths I caught over the three days were in my five moth traps, four mercury vapour lamps and one Actinic strip light. I didn't catch a Covolvulus Hawk-moth this year, but in the past I have caught six here, the last on 10/9/2012. 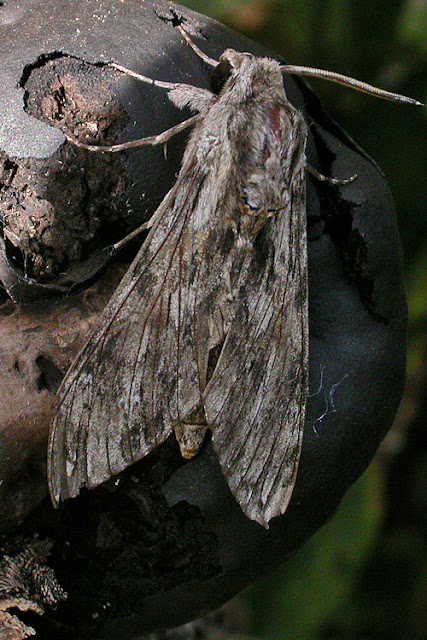 I did catch quite a few moths over the three nights and several were migrants.Below are some of the migrants caught. 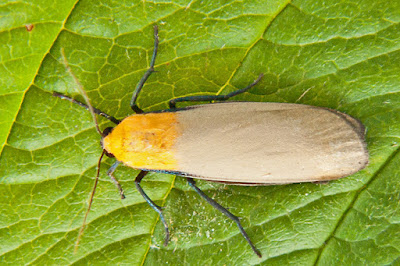 Four-spotted Footman, this is the male, it is the female that has the spots. 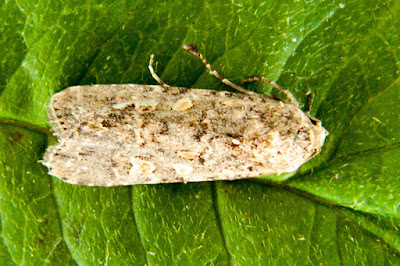 Small Mottled Willow. It has been a record year for this little migrant.


Normally I take moths our of the trap and position them before photographing them, but today I decided to photograph them where they were, in or on the traps. 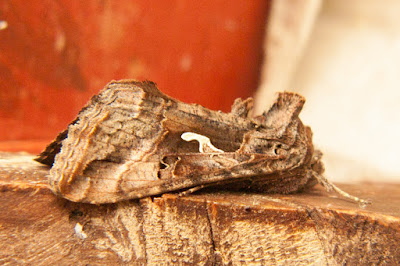 The Silver Y is probably the commonest Lepidoptera migrant,although not necessarily the most common the come to traps. 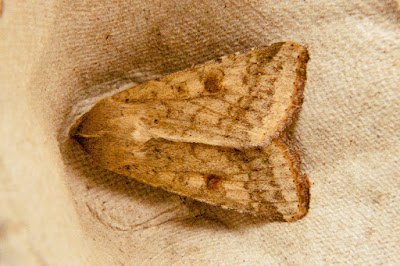 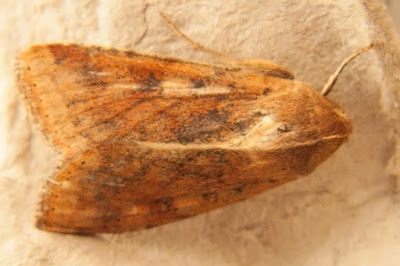 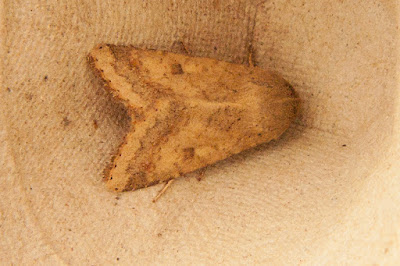 Three of the four Scarce Bordered Straws I caught. One on day two and these three last night. This has been a good year for this migrant. 2006 was the best with over 160 records here, since then I've just had a few and then this year 25 so far. 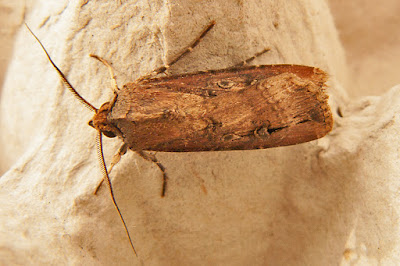 The Dark Sword-grass is one the commoner migrants, but for some reason I had fewer than usual, although it's been a good year for most recorders. 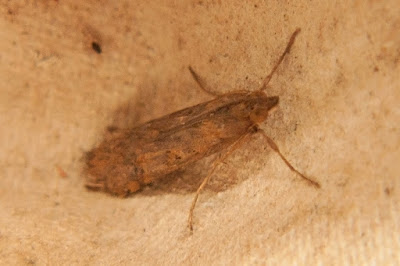 This one of the large groups of moths, normally called micros. As many are larger than the smaller macros it is a slight misnomer. This one, The Rush Veneer, in the family Crambidae is a rather insignificant, larger species. 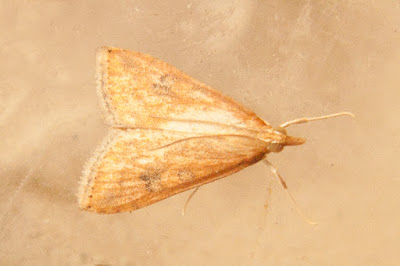 Another from the same family, the Rusty-dot Pearl sometimes occurs in large numbers. 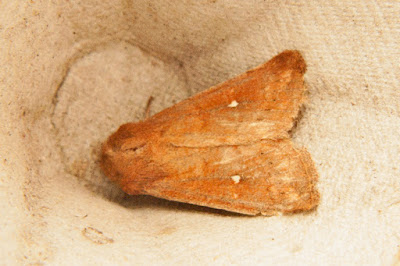 In many area the White Point may still be a migrant, but it would appear to have colonised in the south of England, but it still comes up as a migrant on my MapMate recording system.

The total list of migrants for the three days was 71 moths of nine species.

In total, over tghree nights I caught 1928 moths of 60 species. The commonest were: 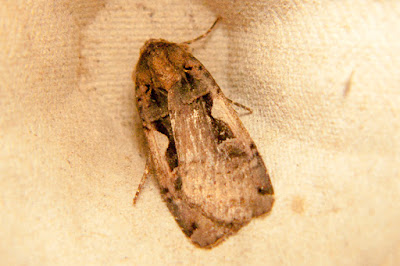 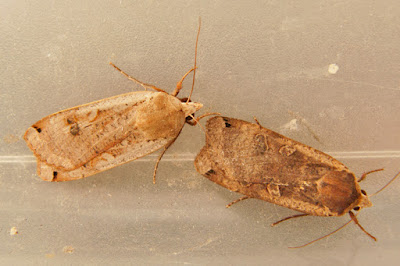 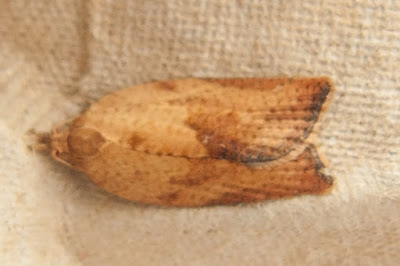 Light Brown Apple Moth,with 88 moths. An import from Australia many years ago, and now a pest of apple growers.
For anyone interested the full lists are on my mothing blog.
Posted by Tony Morris at 20:16