Todays Chaffinches plus another Paraguay glimpse.

Earlier today Pam and I were watching the Goldfinches feeding on the sunflower heart feeders. We noted that although there were Chaffinches around they usually just hovered in front of the feeders without actually landing properly. 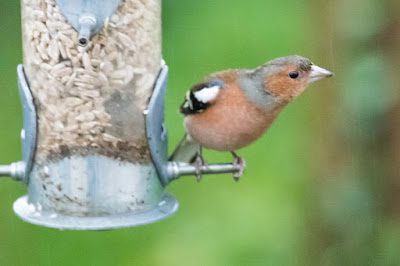 I was working on some Paraguay photos and looked out of the window. The Goldfinches were all gone and for the first time today several Chaffinches were happily perched on the feeders. 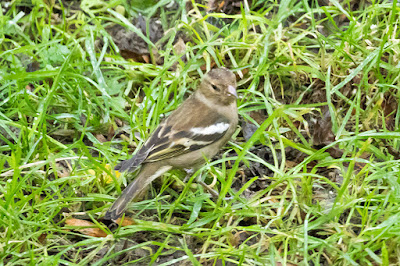 I was about 2.45 pm and the light was already dreadful, and even with Canons modern technology taking any photos through the drizzle and with the tail end of storm Desmond making everything bounce  around was probably not worth while. 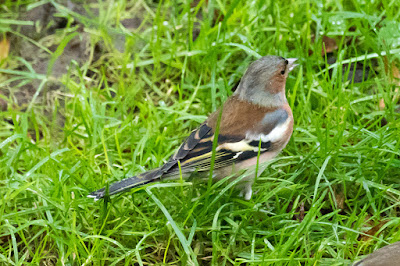 As usual many of the Chaffinches seemed more comfortable feeding under the feeders.

A couple more favourites from Paraguay. 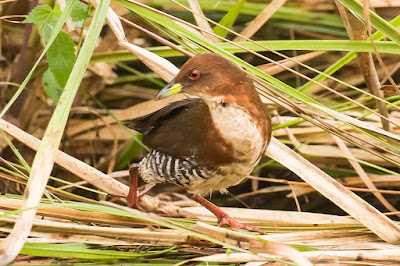 There are few birders who don't have Crakes and Rails high on their lists of desirable birds, and I'm no exception. We had already had some fantastic views of a couple of species and as is often the case they are so shy that the views my be good, but are short and any movement can be disastrous. 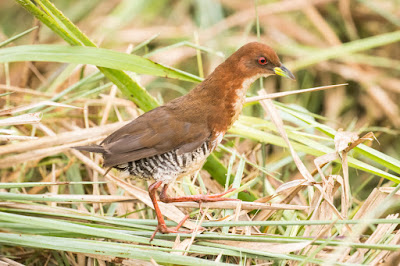 So to get some close views of this enchanting Red-and-white Crake was unusual and unforgettable. Coincidentally this Crake is about the same length as a Chaffinch. 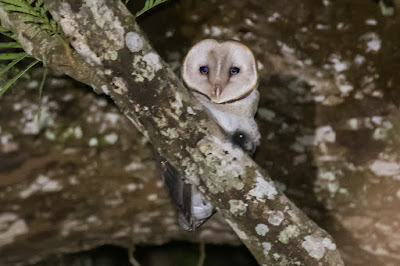 Barn Owls are very successful, although it's now been split into two species with the birds from SE Asia and Australasia called Eastern Barn Owl and the rest Western Barn Owl. This species has around 24 sub-species, so at some time we may see more splits. I think this one is the sub-species tuidara.
Posted by Tony Morris at 00:22