Woodpeckers are a family of birds that has some of the most spectacular and most wanted species on the birders list. On the second day of our trip to Paraguay we made a small detour to a group of trees where one of the more difficult and spectacular species, a Black-bodied Woodpecker, had been seen excavating a tree. Unfortunately the latest news wasn't good. I seemed that a pair of White Woodpeckers had been taking an interest in the site. 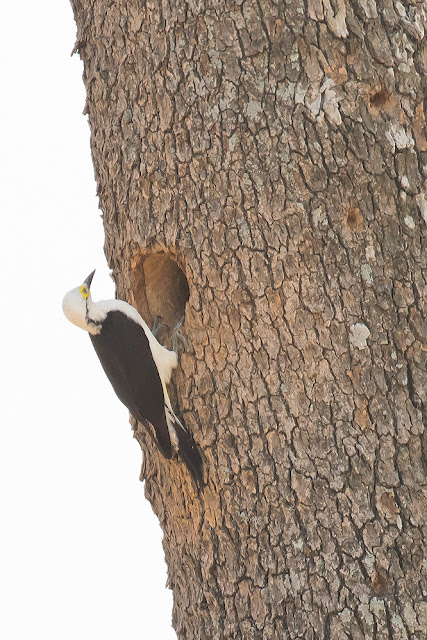 The White Woodpecker was also a new species for me, but for the experienced South American birders they were in the same class. This is a widespread species, that is expanding as it is adaptable and copes with habitat changes. 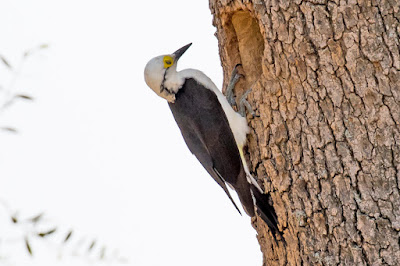 Even then we all enjoyed the fabulous views they gave us. The strange thing is, this is a much smaller bird than the Black-bodied and it seemed surprising that it was able to evict its larger family member. Despite a good search of the area there was no sign of the missing birds. 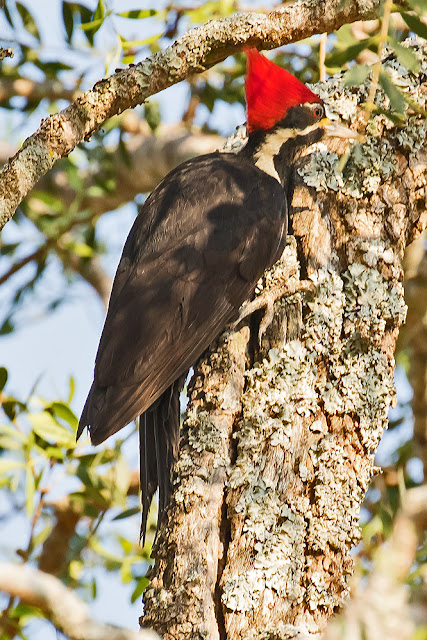 Two days later we were passing the same area and gave it one more look.  This time we were in luck and a Black-bodies Woodpecker flew in and gave some exceptional views. I first appeared and landed in a tree not far from the original site. 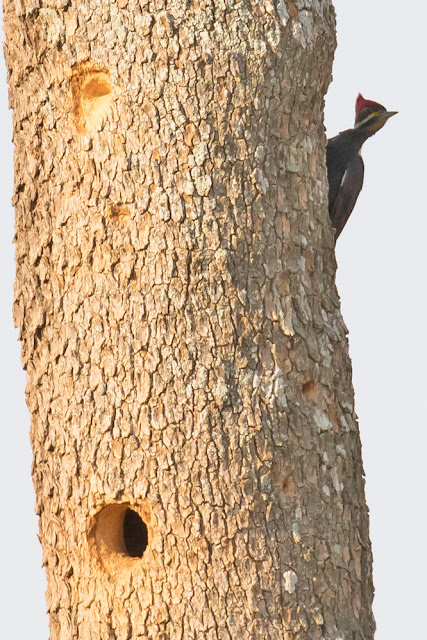 It wasn't long before it had a look at the original site where it gave even better views. This species has a limited distribution, in the Chaco region of S Bolivia, Paraguay and N C Argentina. It  would appear that it has a reducing population, mainly die to habitat loss. 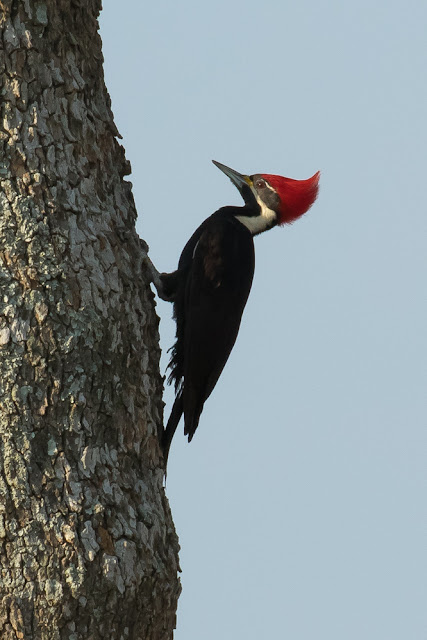 It is in the same genus, Drycopus as the Pileated Woodpecker of N. America and the Black Woodpecker of Europe, but at about 31cm it is the smallest of the genus. 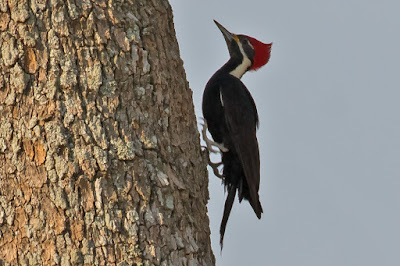 White we were watching the the White Woodpeckers returned and our show of the Black-bodied Woodpeckers ended. It had been one of those birding experiences that are unforgettable.
Posted by Tony Morris at 00:32