A bit more snow today, it didn't last much past lunch but it was beautiful while it lasted. Unfortunately it meant that Jack's day with the RSPB at a farm was not on, as the children who were going couldn't get there as the school buses weren't running. 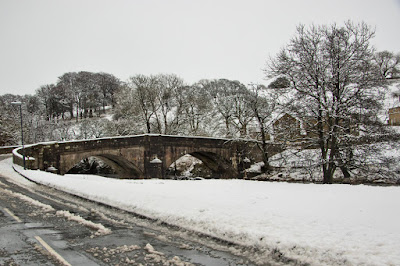 We were well over half way there when we heard and diverted to Sladiburn, a charming village in the Forest of Bowland

. Top of the aims was to see the local Dippers, but after scanning up and down the river we had no luck. 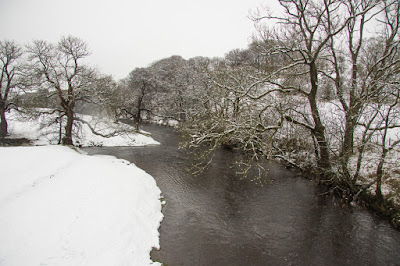 .Having slipped on the ice and got a cold and soggy BTM I suddenly heard the strange song, a mixture of sweet sounds, somewhat reminiscent of a thrush and same more discordant notes. We found him sitting on a small rock under the bridge. It was rather wet and quite dark under the bridge so I didn't try for a photo. 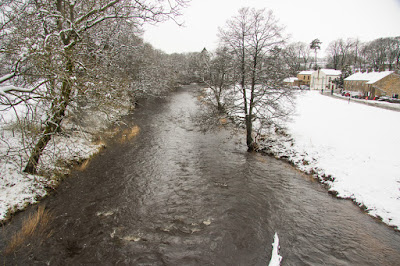 Eventually we were lucky enough to see the pair, but they disappeared up stream, and we were unable to refind them. 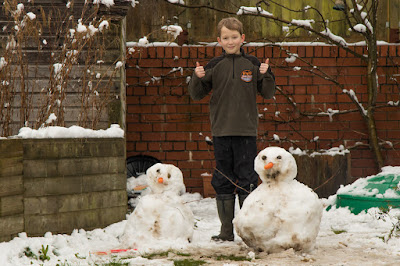 Back at home Josh entertained with two rather handsome snowmen. It good what you can get up to when school is closed. 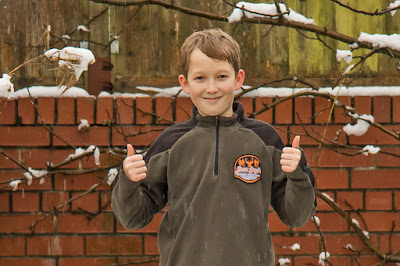 Obviously proud of his sculpture skills Josh gives the thumbs up.
Posted by Tony Morris at 20:28