Frogs are not everybodies favourites, in fact our next door neighbour has a real phobia about them. Personally I think they are fabulous and the deep resonant noise filling the air-waves in the garden is one of most evocative I know. 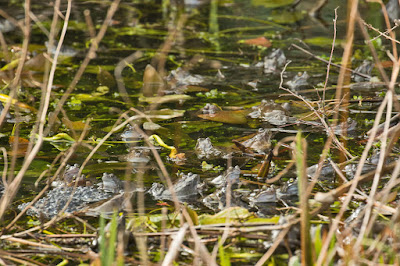 This is the view of the pond from the lounge sliding door, taken with a telephoto lens. I guess there were at least 50 probably more pairs of eyes poking out of the surface. 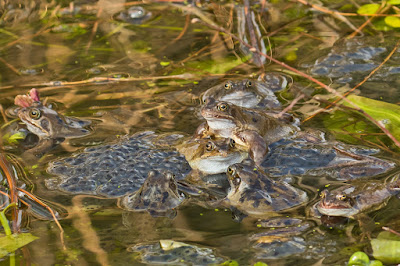 Most of the female appear to have already big clumps of spawn. I hope that this year there won't be a late frost that wipes most of it out. 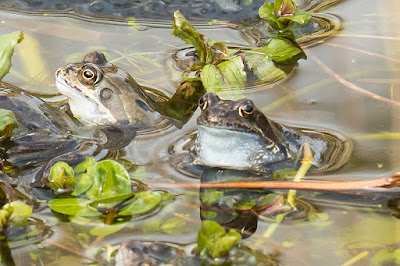 On close approach most of the frogs dive beneath the surface. A few were too pre-occupied to notice me standing there and others reappeared after a while while I stood  still. 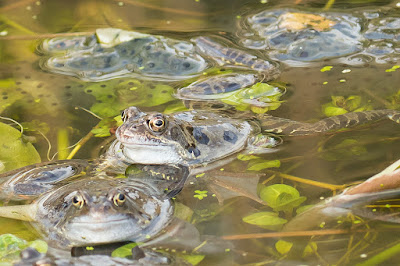 There is something very attractive about a pond full of frogs and the hope that when they leave the pond they will reduce to huge population of slugs that threatens anything that grows in the garden other than those plants that are normally called weeds. 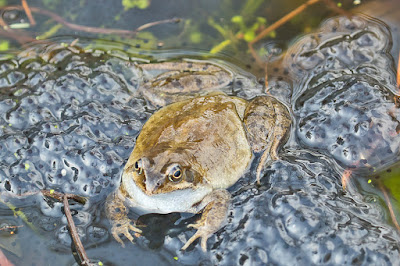 If each bit of spawn becomes a tadpole there will be a huge number around the edge of the pond. This sometimes brings Wrens and Blackbirds to the hobby of "fishing". 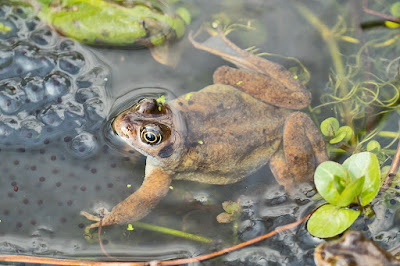 This one stayed while I took a photo from directly above, but when I bent down it sunk very quickly 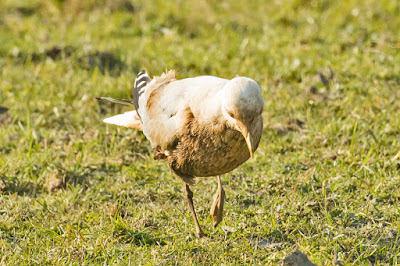 This afternoon I took a walk along Kingsdown Road to the Golf Course, hoping to find a flock of  Long-tailed Tits with the Northern birds reported last week. I had no luck but I did see this rather badly discoloured Common Gull in one of the fields. 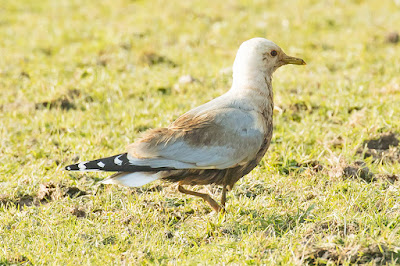 As well as this poor gull there were a couple of Redwings feeding with several Blackbirds and two Song Thrushes.
Posted by Tony Morris at 00:04

We made two small wildlife pools over the winter, we are hoping for spawn soon, but none as yet.