Look Who came to dinner tonight.

I watched two Peregrines this afternoon, It was slightly strange encounter for a couple of reasons. I was with another birder and neither of us were convinced that we were watching a pair, or even a male and a female. One stayed resolutely on it's perch while the other did a series of flights. In fact at one point I thought there were two in the air, but hadn't seen the one leave its look out post. the one that was mainly flying was also unusual, in that it had its legs down all the time, although they didn't look damaged and it did land in view once, and look quite OK. 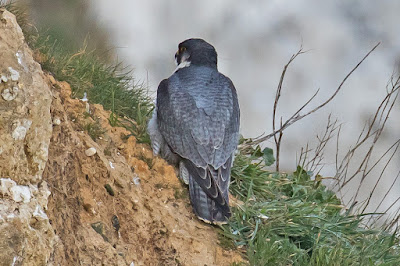 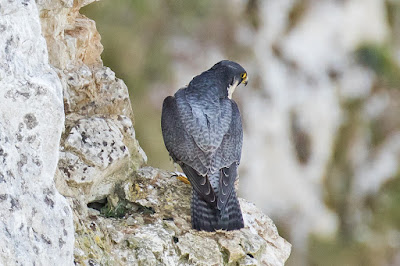 This bird spent most of its time flying but did land in view for a short while. 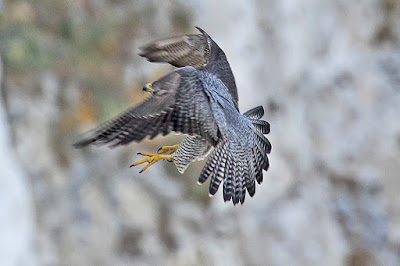 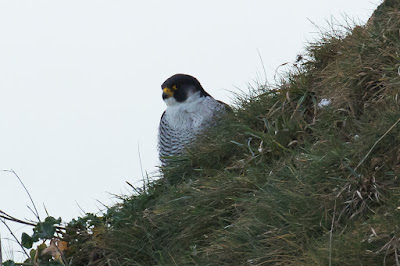 The lookout bird from another view point 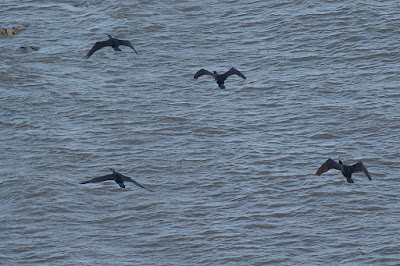 Life as normal below as four Cormorants go by. 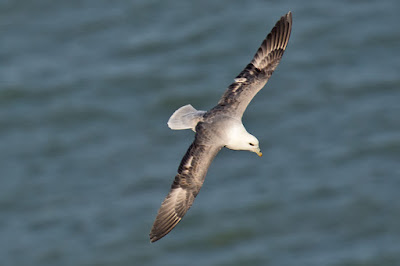 And the breeding Fulmars circle the cliffs. 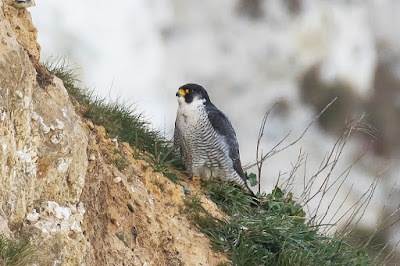 The look out bird did turn round for a while. 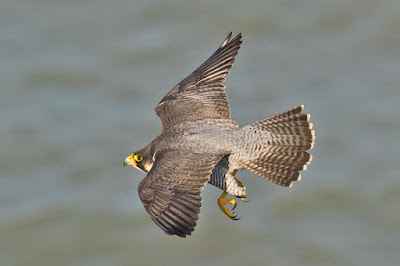 You can just see the legs extended. 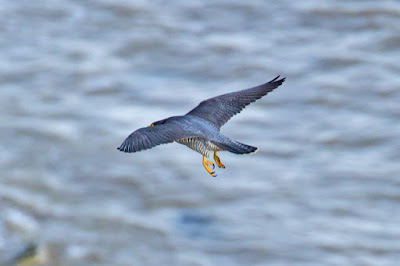 I has been suggested that the extended legs represent a threat display, That is a possiblity as it seemed normal when it had landed. 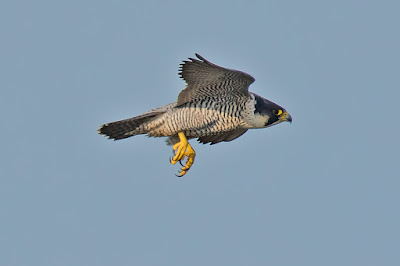 It has be markings of a mature adult. 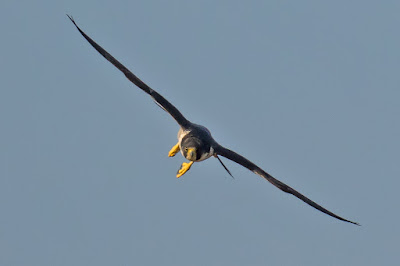 A strange view with it flying straight towards me. 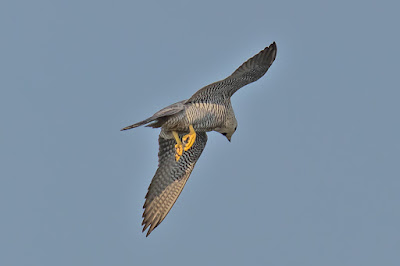 The plumage on this bird looks immaculate. 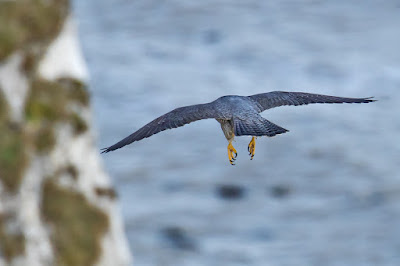 Cruising along the cliffs.

Look Who came to dinner tonight. 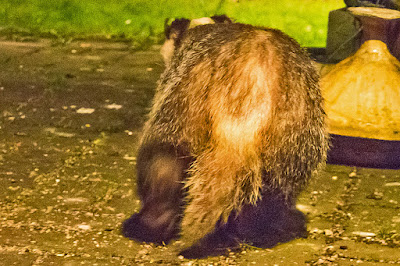 Look Who came to dinner tonight. Our frequent diner this year has had a quite short, square brush shaped tail, so I was surprised to see a slightly longer pointed tail when I looked at table one tonight. 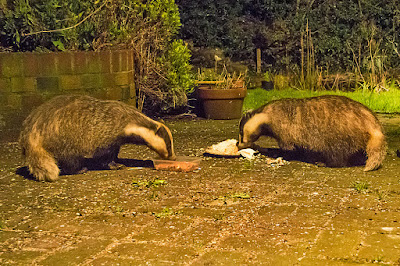 Our regular customer wasn't long in joining us. As our new client tucked into chicken and rice she carried on as usual with her peanuts. 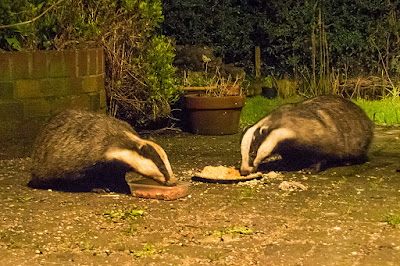 I suspect that these two are regular companions as there was no bickering or pushing and shoving as often happens when more than one arrives. 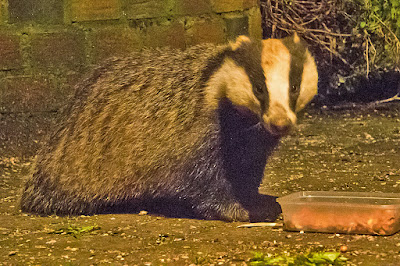 Our regular remained to the end and proceeded to "hoover" up any dropped Sunflower seeds from the feeders above.