Everythings on the move!

Today, despite being a dull day, was full of the signs of seasonal migration. There were still large numbers of Swallows around and lots of finches and thrushes were moving through. 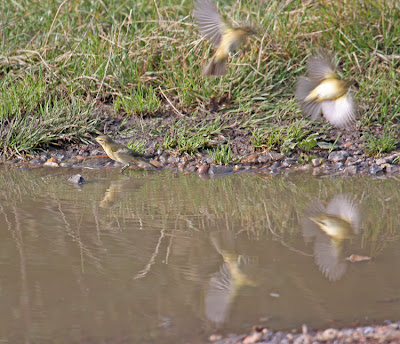 The puddle at the top of the footpath to Big Bruce was heaving with activity. As I came down the Droveway towards the corner I could see about six Chiffchaffs darting in and out. 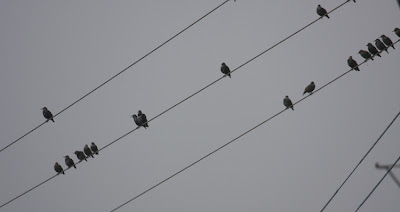 On the wires above, where Swallows had been sitting yesterday, was a flock of Starlings, some possibly of local origin, but our population is supplemented by birds that have bred in northern Europe and Russia. 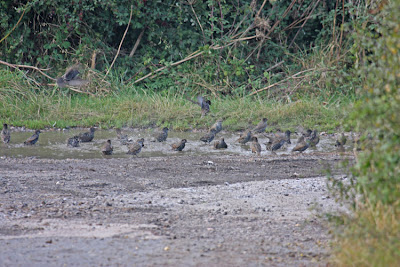 Every now and again they would drop off the wires to bathe in the puddle, their wings making quite a loud noise as several dozen splashed together. 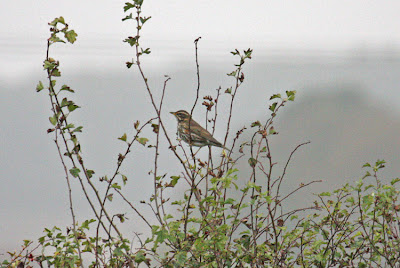 Every hedge and bush in the paddock seemed to have Redwings in it this afternoon, their soft "chup" calls could be heard everywhere. 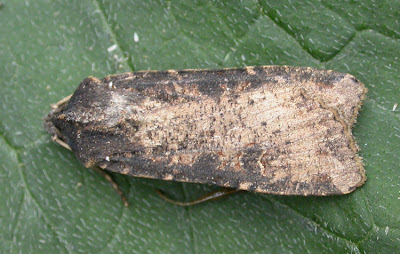 Once again there were quite a few moths including this Pearly Underwing, one of the relatively few migrants I've caught this year.
Posted by Tony Morris at 22:35

I've just found your blog in a google search for birding habits of north Kent. I'm visiting from Australia and staying at sister-in-law's place on The Droveway. Could you recommend any good places for bird watching in the area?

It was great to read your blog! There is a lot of excellent information. Thanks very much, Leonie.

Leonie, e-mail me direct (see profile) or phone me, my number is in every other parish mag when I do a bird article, do it before next Tuesday).