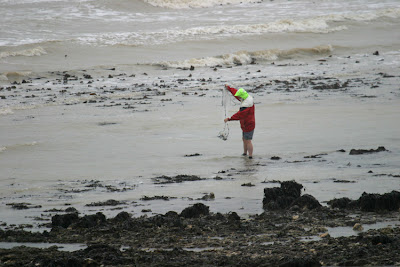 The weather was absolutely disgusting today, but it didn't stop this solitary soul down on the beach. I think he was catching or attempting to catch shrimps, but I don't know the results of his efforts. I have been told that it hasn't been very good this year. 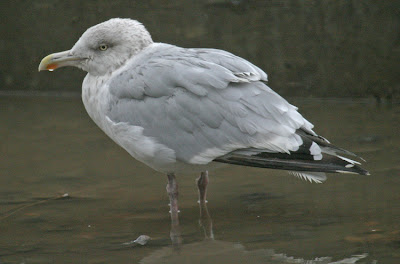 even this Herring Gull looked miserable as it walked in the conveniently engineered puddles in the car park. In the summer they look very smart, the head plumage is bright white, but once they've got their winter look the heavy streaking gives them a somewhat depressed look.

Mothing was more productive last night, with around 70 individuals of 17 species. 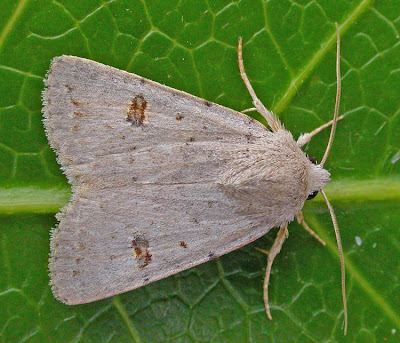 One of the more interesting was a Clancy's Rustic, Platyperigea kadenii, a moth first identified in Britain in 2002 by Sean Clancy at New Romney. Since then it has become much more common, but it is always good to catch such a new arrival to the British Fauna. 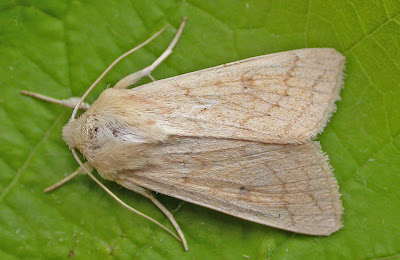 The Delicate, Mythimna vitellina, is a migrant that was relatively common last year but I have only caught two or three this year. As its name suggests it is delicately patterned and can be quite indistinct when worn.
Posted by Tony Morris at 21:12