I did the last of my 5 TTV's today, in what was glorious weather. The only problem was the warmth of the sun quickly got rid of the frost, so many footpaths turned from hard to sticky mud. This 2km square stretches from the centre of Dover up towards Guston and the Whitfield industrial estate and is about 75% built up, with some farmland in the north and some scrubby downland between the housing estates.The River Dove flows through the south of it. There were not that many species but a few highlights. Among quite a few Black-headed, Common and Herring Gulls feeding over the fields just south of Guston, I found a first winter Mediterranean Gull. Other farmland birds were few, but the hedgerows seemed to ring to the call of "teacher teacher" as Great Tits enjoyed the sunshine. The Charlton Cemetery is a haven for small birds and the pride of place went to an elusive Firecrest, that showed properly just once but kept buried in a dense conifer bush the rest of the time. 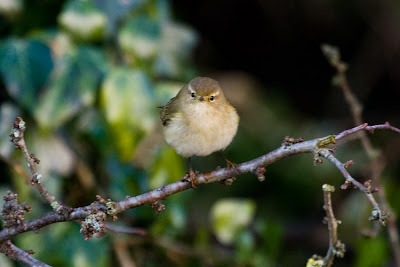 When I did the early survey I made the mistake of just crossing the river and not walking along the path, but today I did follow the river for a few hundred yards. I was rewarded with three Chiffchaffs flitting through the vegetation over the water. 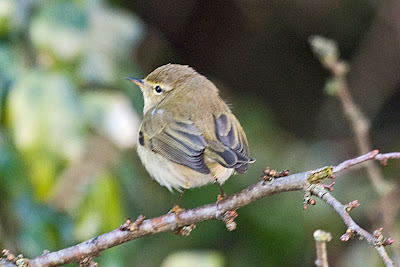 These little warblers are becoming a commoner sight in winter, long, long ago, when I was a lad, they were pretty well totally summer winter visitors only, the population moving to the countries around the Mediterranean for their winter holidays. 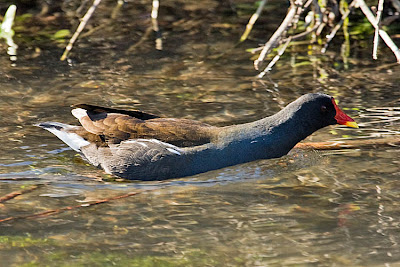 All of the TTV's I do are with out any substantial area of water, so water birds haven't features much on my surveys, this Moorhen was the first I've had in any of my visits this year. 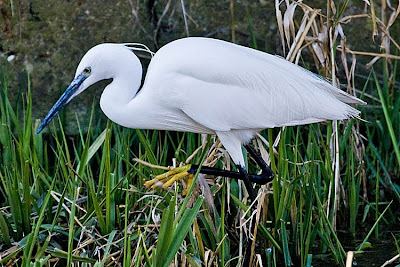 As well as the Moorhens there were a good number of Mallards on the river. These were joined by a Little Egret. The Mallards were being fed by one of the locals who informed me that the Egret frequently sat on his garden fence, I don't know if he had goldfish in the garden!.He also told me a Kingfisher was regular on this stretch of the river , but I failed to see it today. 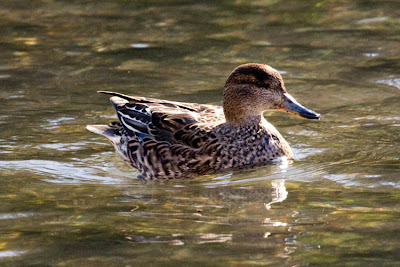 The last surprise was a female Teal lurking on the sheltered side of the water. It didn't come for bread and seemed shy, flying 20 yards down the river when I pointed a camera at it. The walk back up through the Buckland Valley estate is very steep, and by the time I got to the very sticky footpath near Frith Farm I was running on empty. All in all an enjoyable, and muddy walk round, made all the better by seeing the last 45 mins of Man U losing!.
Posted by Tony Morris at 21:08

Amazingly I managed to get a picture without any rubbish in the background!

Thanks for giving away the score Tony, I was looking forward to watching the recording of the game today. At least I'll be prepared for the disappointment.
Good to see a Little Egret - few around this winter?

Sorry Steve (not for Man U loosing) but for giving you a premature depression (come on the Arsenal!)

A white egret perched on my garden fence a couple of days ago - I live a few doors up from you, Tony - but didn't stay long enuf for me to get the camera!

Hi Wendy, was it eating one of my goldfish?

No, Tony, I think it was probably after mine - haven't seen them for a day or two!!