Some days you should stay in bed. 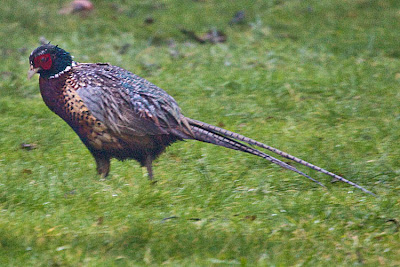 The first thing I saw when I looked out of the window this morning was this very bedraggled cock Pheasant wandering round the grass. It was still there a couple of hours later, it think it makes the most of the seeds dropped out of the feeders by the various finches. 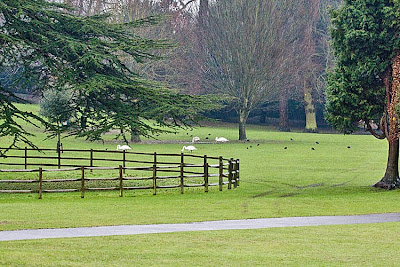 I wanted to go and look round Bushy Ruff, and when I parked there the rained had eased off for a couple of minutes. However when I got out of the car it was like some one had pulled the plug out, overhead and I crossed the road to the Kearsney Abbey car park, where there was some sort of a view. Even the Swans had given up swimming to come and paddle on the grass which was by now like a paddy field. 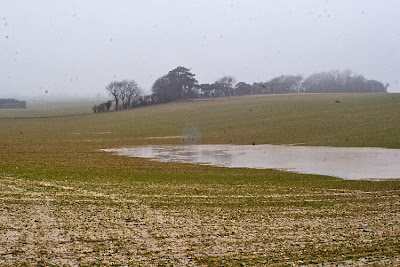 On the was back I noticed that a new wetland was appearing at East Langdon, what had been a snow field last week was fast becoming a lake. 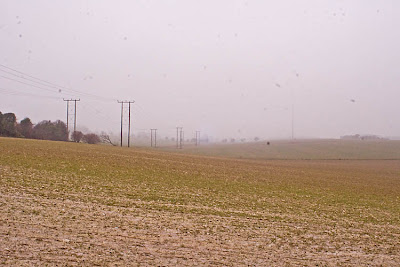 The visibility was dreadful as evening approached, and I gave up any thoughts of a walk round and went back for a cup of tea!
Posted by Tony Morris at 22:37