Early supper for the Badger

A bright blue sky and a calm sea was a pleasant change in the conditions today. 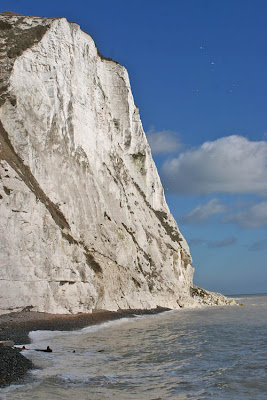 The cliffs beyond the famous "White Cliffs" house, washed by the sea at the spring high tide. 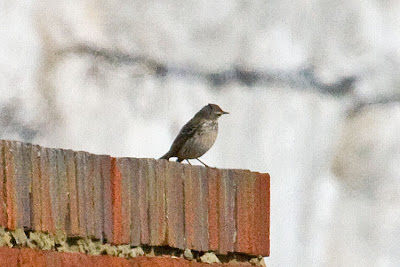 The Water Pipit was still around beyond the houses, but again it didn't allow close approach. 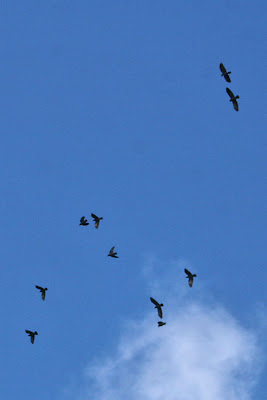 Something was disturbing the Jackdaws and small flocks were wheeling overhead calling, but I wasn't able to find the cause of their unrest. 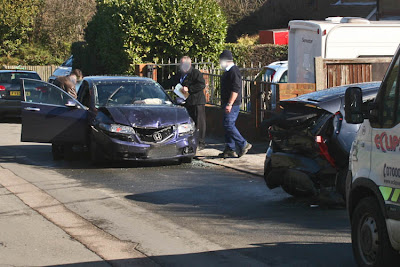 I decided to have a look at the cliffs at Langdon, but as I turned into Reach Road I stopped to have a quick look at what looked like a rather painful coming together of two cars. Although I do not know the cause of this accident, I have long thought that the parking in this road made it dangerous. 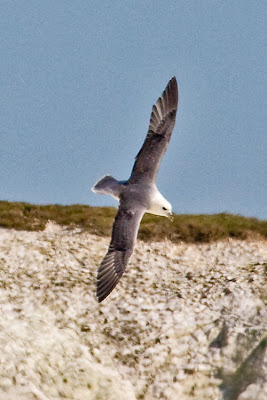 When I got to the Langdon I sat at a point that overlooked to sea with Fulmars inspecting the cliffs. There were a few Kittiwakes further along, but no sign of the Ravens that used to cliffs last year. 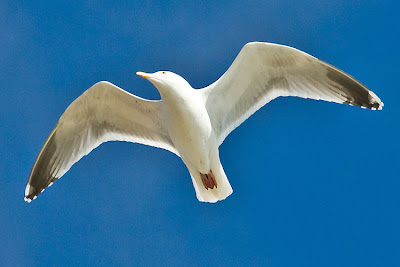 A continuous stream of Herring Gulls passing overhead proved too hard to resists and I took more Herring Gull pictures, I really ought to stop myself, I've taken so many!
As I was out in to garden as I got dark I put the Badgers supper out early. We were very surprised when he came just before 8.00 pm. as this is three hours earlier that usual. I'd move the camera so there are a couple of bits of video below.
In this clip, the badger is getting stuck into his peanuts and Pam is watching from the dining room (through the window). At first he seems aware that she's there but quickly gets down to eating.
When he'd finished he had a wander around and then left. If he comes back at his normal time he'll be unlucky, he's not getting double rations.
Posted by Tony Morris at 22:48

I love the badger footage, we don't have any in our garden but I know a coulpe of sets a few miles away, lovely to watch. Regards Phil