Blackbirds, in fact all "black birds" often seem to have some white feathers. This rather striking Blackbird is nesting somewhere in the area of the garden. 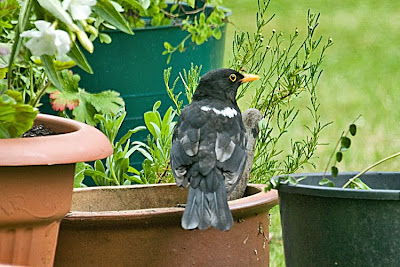 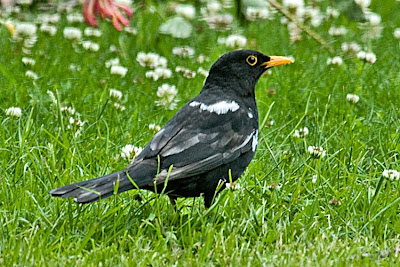 There are several Blackbirds working very hard collecting food at the moment. I imagine that they are now on their second broods, I hope that this cold northerly weather wont hinder them finding food. I've managed to contract a dose of tonsillitis at the moment, uncomfortable and very unseasonable, so I haven't been out for the last couple of days. I'm hoping that the medicine I've been taking tonight, (whisky, ginger wine and honey) will cure it .
Posted by Tony Morris at 23:28

Make sure you don't overpower the medicinal effect of the whisky,Tony!!!!!!