It hardly seems any time since we were welcoming the summer in with the arrival of Swallows in the area. 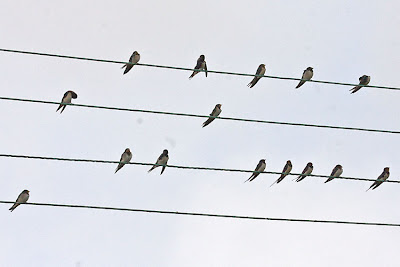 Now they can be seen gathering on the telegraph wires, like this group at East Langdon. It wont be long before they are off on their 8000 mile journey to their winter quarters in South Africa. 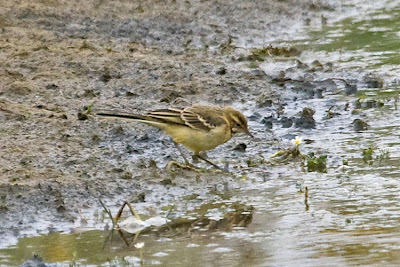 At the Restharrow Scrape there was no sign of yesterdays Temmincks Stint, but there were a few migrant Yellow Wagtails around, that will also be off to winter in Africa in the next few weeks. 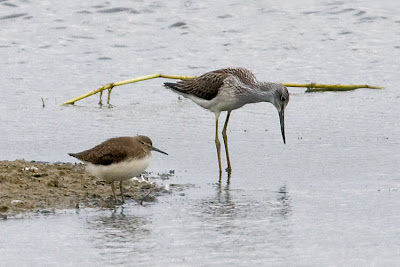 Although there was not Stint there were a few Waders including this Green Sandpiper and Greenshank, doing a Little and large impersonation. 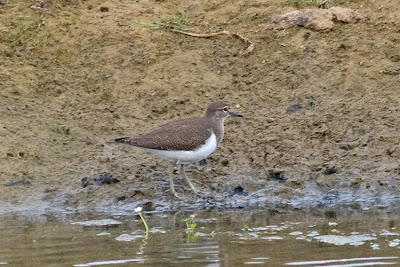 As well as these two there were a couple of Little Ringed Plovers, a Common Snipe and the Common Sandpiper above. 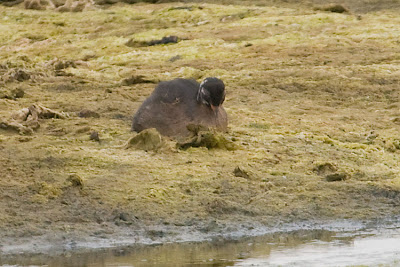 It was strange to see this young Little Grebe out of the water. It as it's legs et so far back on the body, for efficient swimming, that it really finds waddling quite a struggle.
Posted by Tony Morris at 23:50