I don't know how we managed it, but this week both Pam's and my cars were due for their MOTs.Yesterday while Pam's was being done was Buzzard time, today I walked down to Kearsney Abbey. 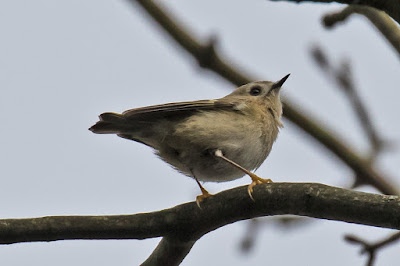 There were a lot of birds active in the trees along the river and I stopped to watch a group of crests and tits. 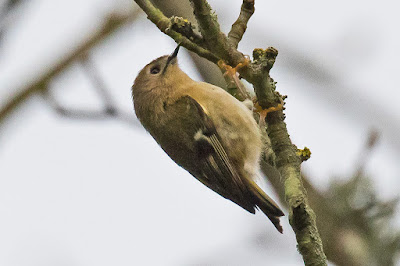 Blue, Great, Coal and Long-tailed Tits were noisily feeding and although there were several crests the only ones I identified were Goldcrests. 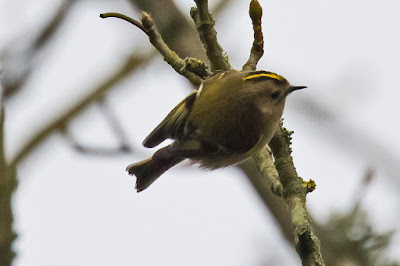 They are always fun to watch, but often not easy to get a picture when they are in the open. 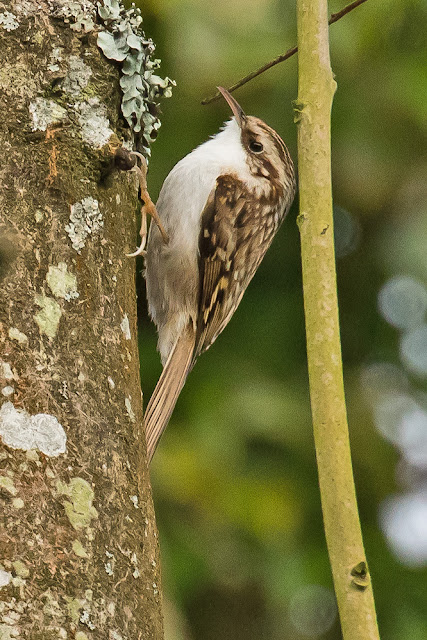 Often equally frustrating to the photographer is the Treecreeper. I saw this one along by the lake at the Abbey and I gave me just one chance for an un-obscured picture. Although they are found in around 45% of the tetrads (2km x 2Km squares) in Kent it is a bird I seldom see around St Margaret's (not on the garden list), so it's good to see them here. 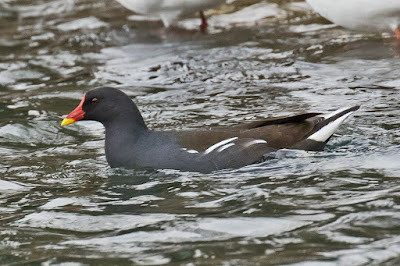 Along at  Bushy Ruff the water levels were of course very high. Moorhens were feeding on the grassy edges, but as soon as I, or one of the dog walkers, appeared they dashed into the water. 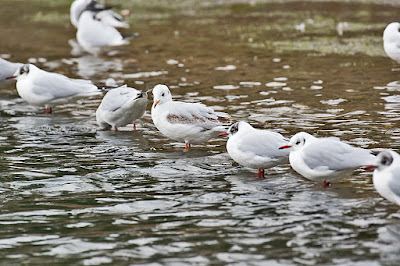 Some of the Black-headed Gulls were showing signs of their black heads appearing in readiness for the breeding season. 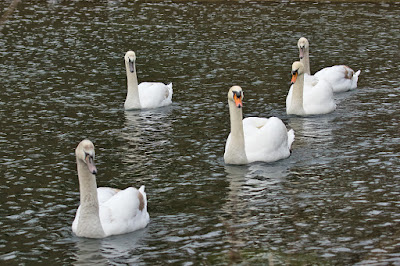 The Mute Swan family was still there in a contented group.Given how early Springs seems to be arriving I was somewhat surprised to see the adults happily escorting their offspring. I'm sure it won't be long before they are showing the youngsters the door and chasing them for their territory. 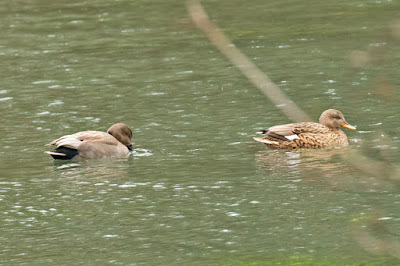 Bushy Ruff is the kind of place that you hope to find something exceptional has popped in. So far I've been unlucky, but it is always good to see a pair of Gadwall. I did see several Grey Wagtails, but never close and always on the move. Today Kingfishers totally eluded me, but I suspect they are  still around.
Posted by Tony Morris at 23:08